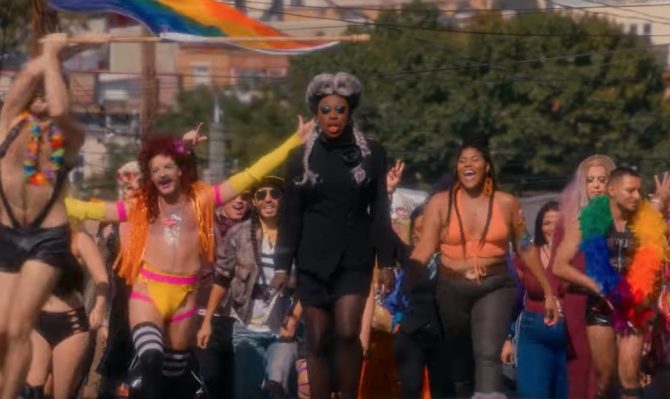 We don’t know about you, but we’re thrilled that the new Tales of the City series is coming June 7 on Netflix. The streaming giant has just released a new behind the scenes mini-doc to whet the appetite.

The new documentary offers little in the way of plot tidbits, though it does feature more with both the returning and new characters in the Tales family. That includes a first look at young Anna Madrigal (played by Jen Richards) and Ysla (played by Daniela Vega). The role of Ysla marks acclaimed actress Daniela Vega’s (of A Fantastic Woman) first major English language performance. The doc does reveal that a large portion of action will take place in a flashback to 1966 San Francisco when the young, transgender Anna first arrived in the city.

“People have been talking about bringing Tales back over the past 25 years,” says star Laura Linney, who reprises her role as Mary Ann Singleton. “But the reason for it being redone had to be in response to the world we’re living in now.”

Based on Armistead Maupin’s seminal novel series, Tales of the City follows a diverse group of friends living in the apartment house run by the transgender hippie Anna Madrigal (played by Olympia Dukakis, who originated the role in the original miniseries in 1993). The latest installment features a new generation of characters, led by Shawnna (played by Ellen Page), Claire (Zoziah Mamet), Jake (Garcia) and Margot (May Hong). It also reunites original miniseries stars Linney, Dukakis, Paul Gross and Barbara Garrick, reprising their roles after more than 20 years.

Tales of the City comes to Netflix June 7.