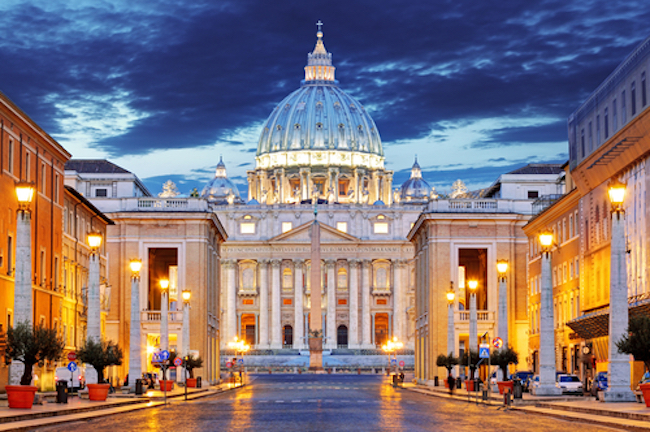 An Italian journalist formerly put on trial by the Vatican after published confidential files has written a new book that reports evidence of gay sex in the dorms of Vatican’s youth seminary.

According to The Associated Press, “Original Sin” by Gianluigi Nuzzi’s  went on sale Thursday.

Since one of the seminarians was a minor at the time of the encounter, Nuzzi’s lawyers hand-delivered a copy of the book to the Vatican’s criminal prosecutor.

According to The AP, the book also

gathers together years of exposes into the gay subculture of the Vatican. The new claims concern the Vatican’s St. Pius X pre-seminary for middle and high schoolers who are considering a possible vocation to the priesthood.

Nuzzi reproduces a note and testimony from a “gay ex-seminarian who recounted how an adult, now a priest, used to come into his dorm room and have oral sex with his roommate.”

A 2014 letter, allegedly written by the Vatican’s Congregation for the Doctrine of the Faith, tells the ex-seminarian that it had investigated the incident and found no hard evidence.

Nuzzi tells reporters the roommate was younger than 18.