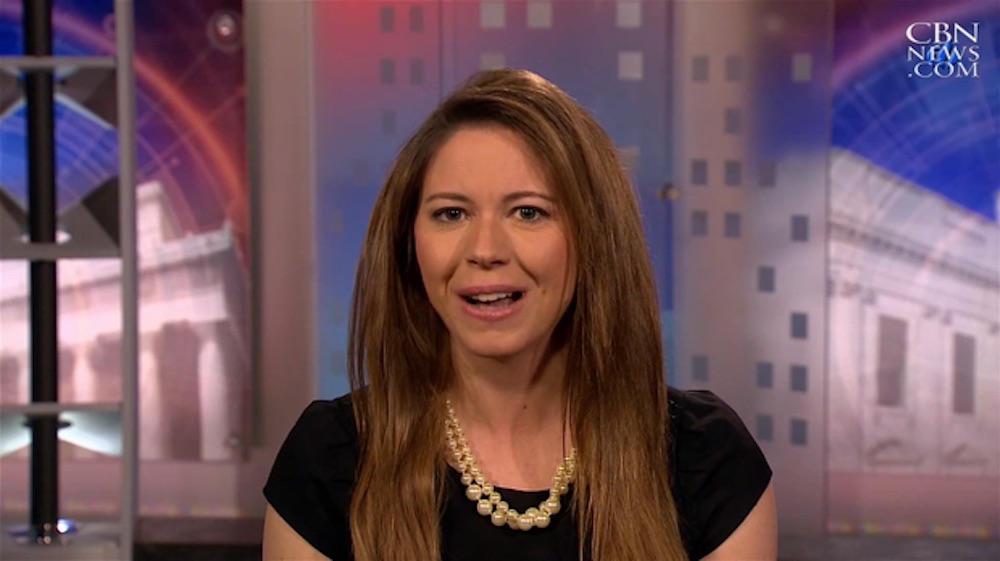 Kerri Kupec was recently named director of the U.S. Department of Justice’s Office of Public Affairs (basically its lead spokesperson). Oh, and guess what: Previous to this, she worked with Alliance Defending Freedom (ADF).

ADF is a legal group designated as an anti-LGBTQ hate group by the Southern Poverty Law Center (SPLC). It regularly takes on court cases representing clients who discriminate against LGBTQ folks. The ADF supports the criminalization of sodomy, Russia’s “gay propaganda” law and the right to fire or refuse service to LGBTQ people.

In fact, the ADF has asked the U.S. Supreme Court to hear two cases that could roll back LGBTQ rights.

Kupec’s appointment wouldn’t be so concerning except for the fact that it continues the Trump Administration’s habit of advancing anti-LGBTQ bigotry in its ranks.

In May 2018, Tony Perkins, president of the Family Research Council (FRC), another SPLC certified hate group, was appointed onto the U.S. Commission on International Religious Freedom (USCIRF), a federal commission “dedicated to defending the universal right to freedom of religion or belief abroad.”

In July 2018, the Trump administration held a U.S. Ministerial to Advance Religious Freedom led by the Secretary of State. During the ministerial meeting, Mick Mulvaney, Director of the Office of Management and Budget, announced that African laws criminalizing LGBTQ identity are a form of “religious freedom.”

In January 2018, the U.S. Department of Health and Human Services announced its new Conscience and Religious Freedom Division, which exists almost entirely to allow medical professionals to oppose abortion and discriminate against LGBTQ people.

These moves are largely bits of red meat that Trump throws to his religious conservative base. Remember, 81% of evangelical voters voted for Trump in 2016.