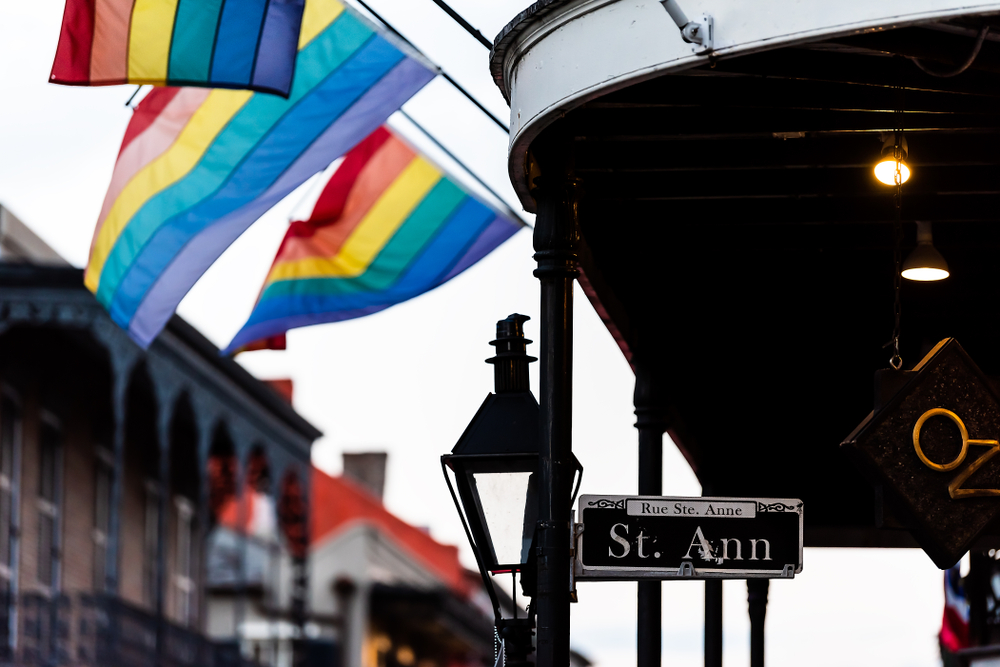 This week (just one week before Mardi Gras), two prominent New Orleans gay bars, The Phoenix and The Rawhide Lounge, have claimed that the state’s Office of Alcohol and Tobacco Control (ATC) have unfairly singled them out for citations.

Its unclear what the bars have been accused of, but we have a few clues.

ATC cited us that we were in violation of some state laws. The citations were not unlike what we have seen them recently give other gay bars. We plan on attending our hearing and stating our case.

An attack on one of us is an attack on all us. We hope you stand with us…. We have been so honored to be a part of this community for more than 35 years. We love hosting the local queer groups for monthly fundraisers and special events.

As we work toward our hearing date, the entire bar is open, upstairs and down.

This last sentence is especially interesting seeing as the upstairs area of The Phoenix is a well-known “dark room” cruising area where men regularly hook up. Louisiana law prohibits public and non-public “indecency,” but the law is vaguely written and selectively enforced.

It’s also unclear whether the ATC even accused The Phoenix of violating this law. But in the recent past, the ATC has suspended three bars’ liquor licenses over charges of facilitating sex work, underage stripping and drug sales. Comments from The Rawhide Lounge suggest this might be the case though.

Michael Musa, Director of Operations at the Rawhide Lounge, told Big Easy magazine the ATC imposed “numerous fines, citations, and imposed regulations on how to operate,” after the city’s 2018 Southern Decadence celebration:

According to Musa, when The Rawhide’s lawyer asked the ATC commissioner why the citations issued were harsher than those previously given to New Orleans strip clubs charged with prostitution, the commissioner said that she “felt these violations were worse.” The lawyer then asked if she truly felt that “acts between two consenting males in a restroom” were worse than prostitution. The commissioner backtracked.

Yet again, Rawhide hasn’t said what exactly the ATC has accused them of, so it’s anyone’s guess at this point.

We are aware of the recent enforcement actions taken against the The Phoenix, The Rawhide and others. We stand with our LGBTQ+ residents and our LGBTQ+ owned businesses and we always will. These enforcement entities are *not* under the City’s control, but we are concerned whenever our residents feel targeted. We are actively engaging all involved and will continue to do so.

An estimated 250,000 LGBTQ people visit New Orleans each year for Southern Decadence, giving scads of money to local gay bars and generating $275 million for the city at large.

The overall attendance for Mardi Gras is estimated to be 1.4 million, meaning that anywhere from 21,000 to 95,200 of its attendees are likely LGBTQ.