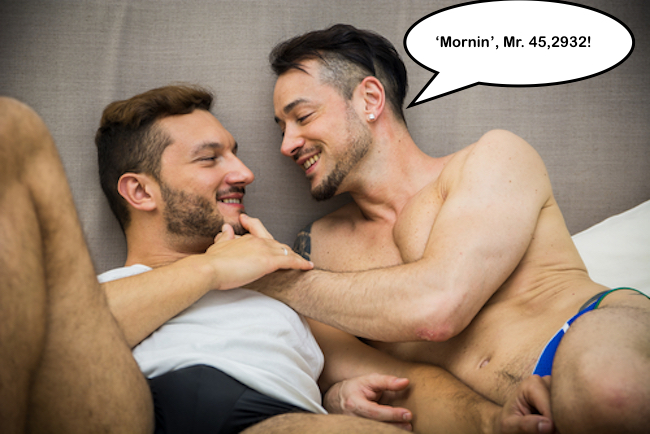 What’s the “optimum” number of people to bed down before you leave this earthly plane?

Rather smugly, a dating site seems to think it has the answer.

The site — which caters to married people looking to find a sexy side dish — has revealed its sketchy research on sexual partners after its users participating in a study.

And that number is…

Yes, according to their data, somebody who’s gotten sexy with 10 to 14 sexual partners is “the perfect amount.”

And not in a week or month. A lifetime.

That number, the website claims, describes somebody who is “sexually adventurous, liberal, and transient.”

The website doesn’t specify what alien dimension they conducted their research in.

What’s more, the research suggests men who’ve had less than 10 partners indicates “sexual inexperience and a lack of adventure in the bedroom.”

But it’s a very slippery slope. Over 19 sexual partners and you’re “too eager to jump from partner to partner, or simply too selfish and difficult to please.”

Do you think there’s any credence to this test? Or do you think it’s… inane? How do these numbers size up to the prodigious notches on your own bedpost? Sound off in the comments below.