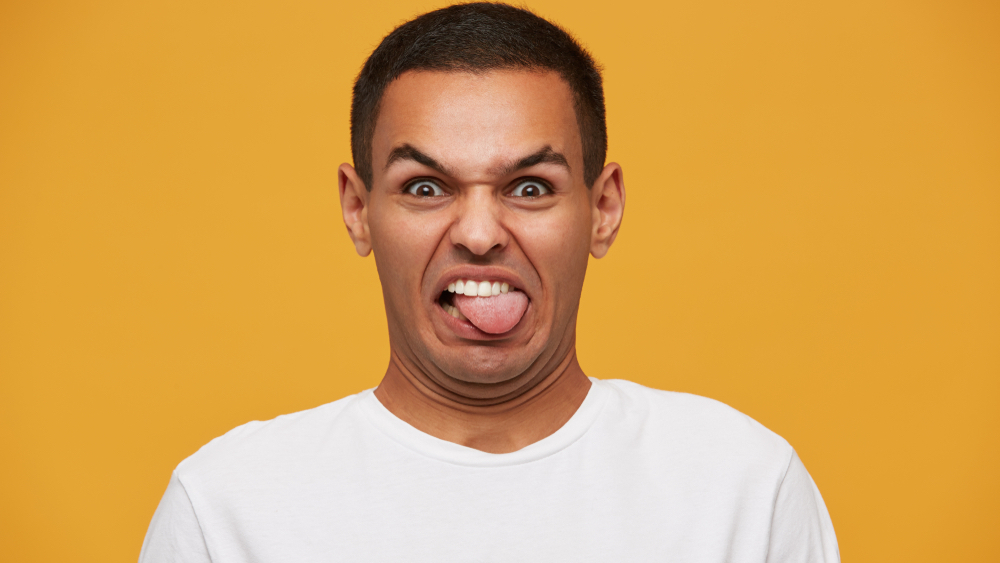 New York City’s Department of Health is known for tailoring its public service ads to be inclusive of queer people. But while one of its latest ads doesn’t specifically mention queer men, it does specifically mention eating butts and, well… perhaps you should just see it for yourself.

The ad features a tongue and peach emoji and has a headline reading “Getting a little tongue in cheek?” The follow-up line says, “Keep diarrhea from spreading during *ss play.”

The only thing we wanna think about spreading during sex is someone’s legs.

It then instructs people where to get a low- to no-cost hepatitis A vaccination. Hepatitis A is a short-term infection that can harm the liver and is commonly spread through fecal contamination. Its symptoms include diarrhea, nausea, abdominal pain and fever.

Here’s the front of the ad:

It’s nice to see a public health ad that acknowledges a long-taboo sex act practiced by gay and bi dudes, even if it brings up things we’d rather not think about while eating peaches.

New York City Health Department spokesperson Patrick Gallahue has called the ad “irreverent” but well-intentioned. The ad has apparently been broadcast through hookup apps like Grindr as well as several gay dating and news websites.

In 2019 alone, 29 states have publicly reported 23,978 cases of Hepatitis A with 14,330 hospitalizations and 236 deaths. The Centers for Disease Control has said gay and bi men are particularly at risk for the disease. So while New York’s ad might seems a bit explicit, there’s no doubt it could genuinely save lives, no matter how many people it squicks out.