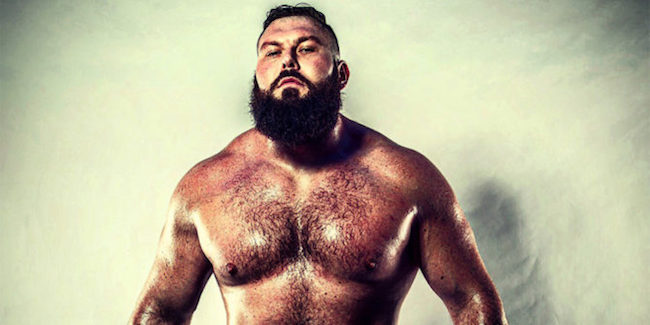 Last month, pro wrestler Mike Parrow came out to his fans and the world at large, and now he’s willing to publicly talk about his decision.

Today, he stopped by Good Morning Britain for an interview, opening up about his experiences in the public eye and what ultimately led him to come out.

“My mum was very Catholic,” he says, “and there was never any talk or anything about being gay.”

“It was just never brought up. In my hometown, we didn’t really have anybody that was gay. And everything that I saw on TV was nowhere close to who I was. So I did not want to be gay because everything that was represented was nowhere close to being me. So I kind of withheld that and I buried it… As a kid, I had no role models whatsoever to look up to…I was like, ‘There’s no way that there are other people like me. I am all by myself.’”

He reveals he even tried conversation therapy — and that’s what ultimately made him decide to come out:

“It was the first time I heard people had the same feelings that I did. Being there, I realized I am gay and that is not going to change. Because one of [conversion therapy’s] premises is that it’s a choice. It’s not a choice. You’re born this way. So right there, that’s a flawed philosophy…I’m not a doctor and I can’t prove that but I can tell you why I know [it isn’t a successful treatment].”

Elsewhere in the interview, he talks about other openly out athletes who have inspired him:

“There’s no role models for athletes because athletes tend to come out after they retire because of fear maybe of rejection, fear of different pay, fear of people just not accepting them for who they are. I’ve had the opposite. My career got better since I’ve come out because I know who I am.”