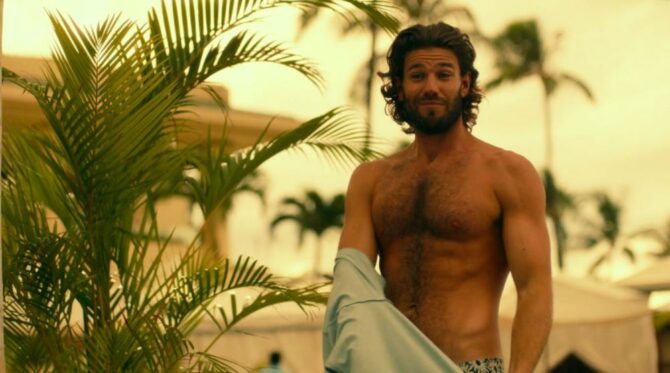 This just in: HBO has announced the main cast roster for Season 2 of its hit comedy series The White Lotus.

Fan-favorite Jennifer Coolidge will also return for the new season, reprising her role as the loony plutocrat Tanya.

Imperioli will play Dominic Di Grasso, who travels to the White Lotus resort with his elderly father Bert Di Grasso (Abraham) and college graduate son (DiMarco). Plaza joins as Harper Spiller, a woman on vacation with her husband and his friends. Hollander will play Quentin, an English ex-pat vacationing with his friends and his nephew, and Richardson will portray Portia, a young woman traveling with her boss.

The new season will reportedly be set in Sicily at a White Lotus resort, part of the same chain of hotels as the Hawaiian setting of Season 1. The production plans to use the real-life San Domenico Palace as its filming location.

Most important of all, writer/director/showrunner Mike White will return for the new season, offering his peculiar, darkly comic take on the woes of wealthy, spoiled people.

Though HBO has not released a timeline of production, sources at Variety have deduced that the new season will film over the next two months, as the San Domenico Palace will remain closed through April 1. That suggests fans can likely expect the new season to debut sometime later this year.

Related: What’s really going on in ‘The White Lotus’? Mike White tells all…