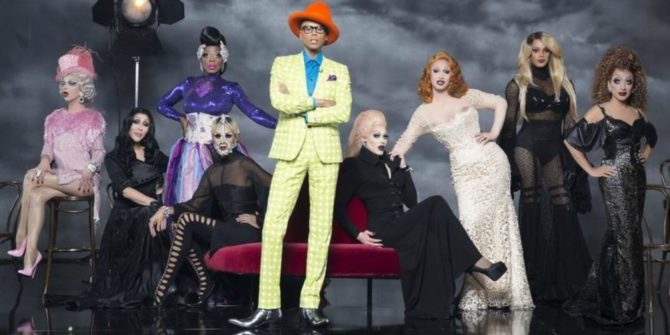 RuPaul’s Drag Race has been gracing the airwaves for nine, soon to be ten, seasons.

Then there’s All Stars, which has brought back queens from previous seasons twice now.

That’s over a decade’s worth of reality television, and we all know the medium thrives off of twists. Just ask the president.

A new queen is joining the group after the third episode?

The queens have to vote… each other off?!

The show has had twist after twist, and we give a Valentina gasp each time, no matter how predictable they are — keep ’em coming, Ru.

And on a recent episode of RuPaul’s podcast with Michelle Visage, What’s the Tee?, another major potential twist has been floated for season three of All Stars.

At one point, Ru, Michelle and guest — season 5 winner Jinkx Monsoon — started talking about how amazing it would be to do a winner’s All Stars featuring each season’s victorious vixen battling it out for the ultimate crown.

They all agreed it was a killer idea.

Monsoon wondered if the sisterhood of the winners circle would soon deteriorate under the pressure:

“I have this feeling that even though I’m close with all the other winners, we get along great, the reunions come around, we all kiki together, or we all just sit around loving ourselves because (laughing) we’re the winners…

I know we would go into that room, and everything would drop, all the…”

Like me and Sharon, best friends, I know we would walk into that room and immediately start going for each other…. I know that she would play mind games with me. And I would just throw the beads, and let her trip on her own.

And that got Michelle thinking:

“And then you’ve got Bob and Bianca, who are long-time friends, who are both comedy people… And then you have Tyra and BeBe… you can’t be counting any of these motherfuckers out.”

We’re ready when you are, VH1!