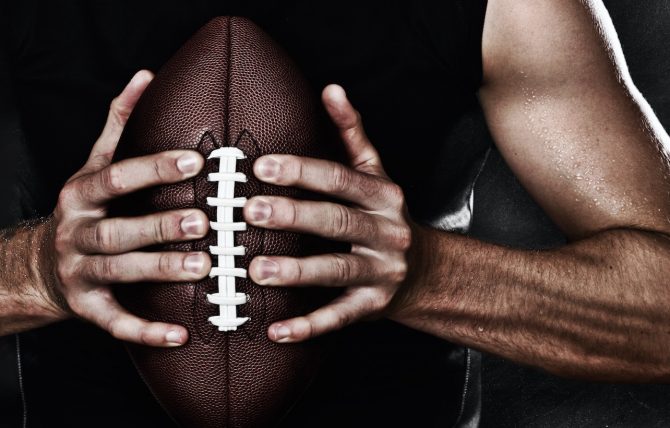 Gay football fans are still waiting for the day that an openly gay athlete plays in a regular season game, and with any luck, Scott Frantz will be the guy to make it happen. The former Kansas State offensive lineman is gearing up for the NFL draft — and explaining why his gay identity isn’t holding him back.

Related: Ryan Russell, the NFL player who came out to be a better teammate

Refreshingly, Frantz told the newspaper that his Kansas State teammates embraced him and that he never heard any opposing player use an anti-gay slur towards him on the field. “Not once,” he added. “It’s not an issue. Just like everybody else, I’m a football player. That’s what people see me as.”

In a more inclusive world, it wouldn’t be national news when an openly-LGBTQ player gets drafted into an NFL team because a player’s gender and sexual identity would matter less on the gridiron than their athletic ability. And Frantz is already working toward that ideal.

“I tell every team the same thing,” he said. “I’m just like everyone else here. I’m here to take advantage of all the opportunities I’m given and make a 53-man roster, just like everybody else.”

Related: Whatever happened to Michael Sam anyway? An investigation.

Brett Tessler, Frantz’s agent, elaborated on that point: “Obviously it would be very special to a lot of people, but Scott isn’t approaching this as a personal cause,” Tessler said to the Star-Telegram. “He’s really just gone about his business and let his play do the talking since he came out a few years ago. He’s been one of the most respected and well-liked players at Kansas State, and he’ll be just fine wherever he ends up next.”