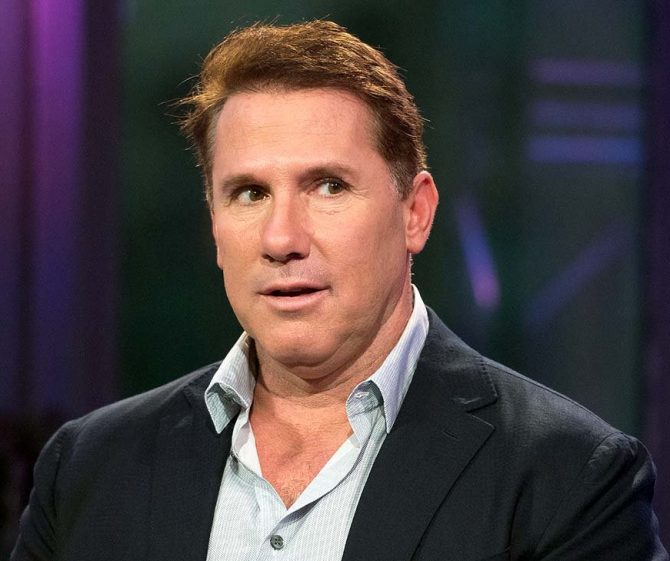 Bestselling romance novelist Nicholas Sparks is currently being sued by Saul Benjamin, the former headmaster at the Epiphany School, a faith-based prep school founded by the author in 2006, for allegedly creating a hostile work environment. The trial kicked off earlier this week and, like Sparks’ paperbacks, it’s already proving to be quite melodramatic.

“I have been asked to tell the whole truth, not just part of the truth,” Sparks testified yesterday, before ripping into Benjamin by accusing him of “weaponizing” his private emails, specifically the ones where he disparaged LGBTQ people.

Earlier this summer, leaked emails showed that in 2013, Sparks ordered Benjamin to ban an LGBTQ student group and then threatened at least two teachers with termination for defending the students’ right to meet up after school. When Benjamin told Sparks that banning the group was discriminatory, the author replied: “Not allowing them to have a club is NOT discrimination.”

In another email, Sparks suggested banning all forms of student protest after two lesbian students planned to come out during chapel services. When Benjamin refused to do so, Sparks accused him of secretly authorizing an “official School LGBT club” which “some perceive as an agenda that strives to make homosexuality open and accepted.”

In another set of emails, which are just as offensive but have gotten far less attention, Sparks made racist comments about African Americans, claiming that the lack of any Black students at his school had less to do with racist school policies (or, in his words, “vestiges of Jim Crow”) and more to do with African-Americans being “too poor and can’t do the academic work.”

Benjamin eventually resigned as headmaster, saying he could no longer stand Sparks’ bigotry, and is now suing for roughly $600,000, the remaining balance of his contract.

During his testimony this week, Sparks said he resented his private emails being leaked, saying they portrayed him as a bigot and a homophobe when he insists he is anything but.

Shortly after the emails leaked, Sparks issued an apology on Facebook that read: “I regret and apologize that mine have potentially hurt young people and members of the LGBTQ community, including my friends and colleagues in that community.”

He went on to say that he is “an unequivocal supporter of gay marriage, gay adoption, and equal employment rights and would never want to discourage any young person or adult from embracing who they are.”

Sparks has yet to acknowledge the racist remarks he also made the emails, specifically his claims that about Black kids being too poor and too dumb to attend his school.

Related: Nicholas Sparks apologizes for homophobic emails but forgets to apologize for racist ones