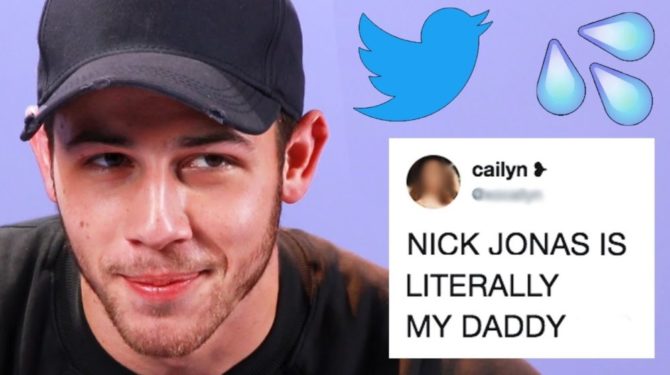 Nick Jonas would like to make one thing very clear: “I am definitely not your daddy.”

Elaborating, the pop star/actor who plays a gay boxer on Kingdom said, “I’m 100% sure of that.”

So why does he need to state this (debatable) fact not once, not twice, but three times in three seconds?

Well to the surprise of no one (and especially not his publicist), people often tweet thirsty, thirsty thoughts at Nick Jonas. Go figure.

And sometimes those tweets get awfully creative:

Like one fan who wants to get his “face tattooed on my ass cheek so I can say I sit on Nick Jonas’ face all the time.”

Other times, it’s as straightforward as can be:

Watch Nick be an awfully good sport about it all while reading a selection of thirsty tweets below: