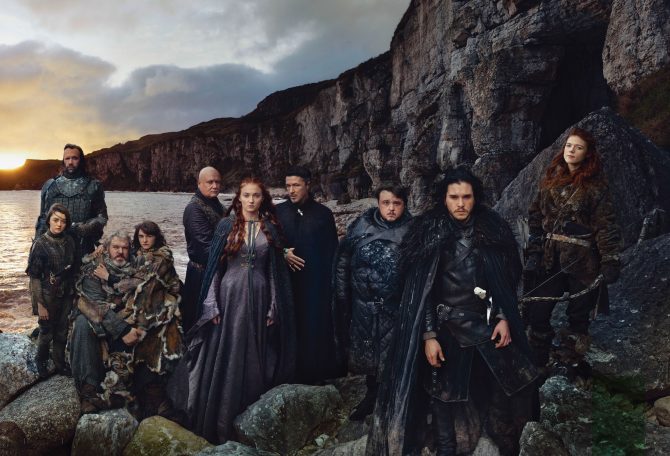 Noted TV ratings survey company Nielsen just released its first results for tracking the viewing habits of same-sex households. In a big surprise, the shows watched by queer people, wait for it, really weren’t all that different from straight folks.

Game of Thrones ranked first among cable programs in surveyed same-sex households, while the NCAA Basketball Championships came in first among the major networks. The same two shows also proved the most popular with straight households as well.

For the most part, all the most watched shows by queer households aligned with their straight counterparts, with two notable exceptions. Both RuPaul’s Drag Race and its spinoff Untucked ranked much higher among same-sex homes. (Big surprise there.)

Last November, Nielsen announced that it had partnered with the Gay and Lesbian Alliance Against Discrimination (GLAAD) to track the viewing habits of queer people.

“As the media marketplace continues to evolve, our clients are increasingly looking to better understand consumers of all types to effectively reach new and unique audiences,” Nielsen VP Brian Fuhrer said in the initial announcement.

“This enhancement will help both programmers and marketers gain LGBTQ audience insights and provide the industry with a better understanding of the compelling opportunity these consumers represent.”

Note that the Nielsen survey does not include statistics from streaming services like Hulu and Netflix, as those companies keep their own data private.

Given the amount of LGBTQ-themed shows available on streaming platforms, the results reported by Nielsen could likely have a much different outcome when streaming-only programs are taken into account.