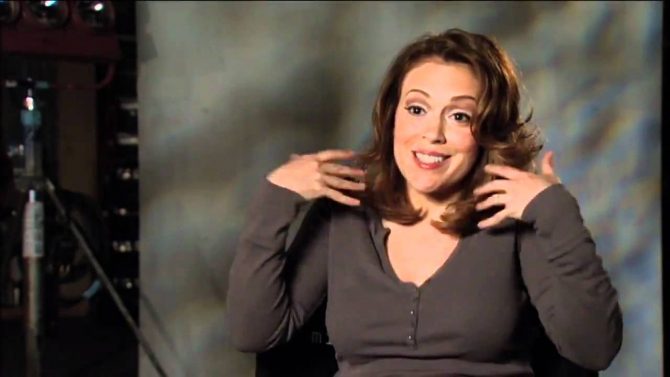 Actress Alyssa Milano has apologized for calling herself transgender and gay after a swift internet backlash.

Milano, known for roles on Who’s The Boss and Charmed, has long championed the queer equality cause. Last week, when a fan somewhat snarkily asked if she identified as transgender, Milano tweeted out: “I’m trans. I’m a person of color. I’m an immigrant. I’m a lesbian. I’m a gay man. I’m the disabled. I’m everything. And so are you, Kirk. Don’t be afraid of what you don’t know or understand. No one wants to hurt you. We are all just looking for our happily ever after.”

My transgender sisters! I am celebrating YOU this #NationalWomensDay!

I’m glad this tweet invoked conversation. I’m so sorry it offended some. I see you and hear you. But just a reminder, empathy is not a bad thing. Nuance is important and literal interpretation is not always intended. And I can identify with and not identify as. Both are powerful.

The actress had intended her words to show solidarity with disenfranchised groups in honor of International Women’s Day. Instead, she ended up issuing an apology to those that expressed offense. “I’m glad this tweet invoked conversation” Milano tweeted over the weekend. “I’m so sorry it offended some. I see you and hear you. But just a reminder, empathy is not a bad thing. Nuance is important and literal interpretation is not always intended. And I can identify with and not identify as. Both are powerful.”

Milano, however, did not delete her original tweet, nor did she express shame for cultural appropriation. And nor should she: Milano nails her point about empathy and the key difference between identifying as something as opposed to with someone. She realizes what some members of the queer community have forgotten: allies matter. Even if her initial words lacked a certain context, Milano deserves praise for her support of the community, and for her unanimity with people who face daily attack for the color of their skin, for whom they love, or for the physical challenges they face. In that same regard, there are many other more prominent targets that deserve ire before someone expressing support and empathy.

True equality for all people is still a long way off…but we’ll get there much faster if we all go together.

Milano was later asked how she felt about the backlash to her comments.

1. I learned it doesn’t matter how pure your intentions are, or your 30 yrs of advocacy work & activism, if you use well established poetic license & nuance the very people you passionately fight for will be uspset because you didn’t say it the literal way they’d prefer. https://t.co/zzhPOPvGLn

Every time those on the left eat one of our own, the Right sees this as an opportunity to discredit the entire progressive movement. And the media covers it.

3. I’ll keep fighting for ALL. Because I love ALL. I believe everyone deserves the right to equality & opportunity & a happily ever after.

I may not always find the words you prefer. But please give me the benefit of the doubt. My work should prove my intention & heartbeat.

4. Again, I apologize to those who were offended by the words I chose to show my forever allyship.

With so much respect,
Me