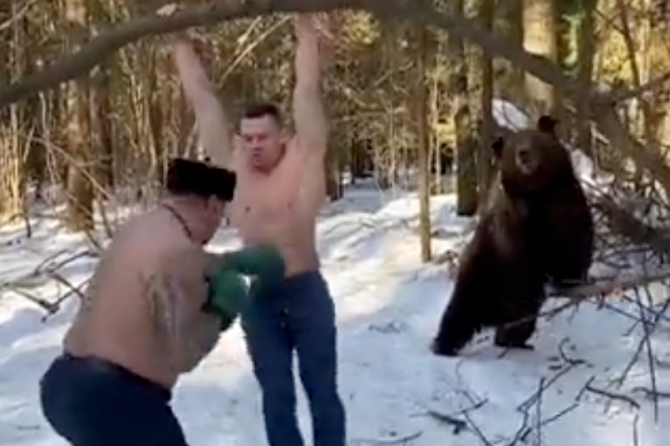 If two shirtless guys casually work out with a bear in the woods and there’s nobody there to film it, did it even happen?

Luckily we don’t need to answer that, as the bizarre moment was captured on video and has since gone viral.

In the clip, one man hangs from a branch doing leg raises while the other man punches him in the stomach. Fun! Behind them, a bear appears to be doing its own workout.

The video was shared by Twitter user @platini954, and has been viewed more than 28 million times.

It’s unclear where (or why) the clip was shot, but some commenters seem to think it’s from Alaska… or Tahoe… or Russia… or Wisconsin.

Here a few of the many, many responses:

I sense a lot of sexual frustration in this video

I’m telling people this is Florida

And herein lies the problem. I repeat myself – testosterone is toxic!

The right to arm bears…