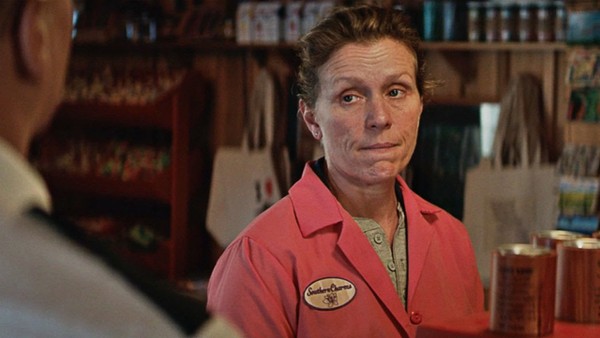 The phrase “[Deserving actor/actress/film] was robbed at the Oscars” gets thrown around a lot, but rarely as it pertains to the actual winners of the night. Frances McDormand has changed all that.

BPM, for instance, the gay drama about ACT UP activists in Paris in the ’90s, was robbed at the Oscars when it didn’t score a nomination for Best Foreign Language Film.

Related: The best responses to those Adam Rippon harness photos

We’ll even go so far as to say Ladybird’s Laurie Metcalf was robbed at the Oscars when Allison Janney won Best Supporting Actress for her role in I, Tonya (For the record, we LOVE Allison Janney, but come on?!).

Then there’s Best Actress winner Frances McDormand, who was robbed at the Oscars. Like, actually robbed when her Oscar statue itself was stolen at the Academy Award’s Governor’s Ball.

Details remain sparse, but apparently, a man snuck into the event and later made off the gold prize.

Security at the Governors Ball are looking for this guy, who grabbed Frances McDormand’s Oscar and ran out with it. Wolfgang Puck’s photographer stopped him, got the Oscar back, and the guy disappeared back into the ball. Apparently Frances has said to let him go. #Oscars #Drama pic.twitter.com/5tlsx4Ulwt

Related: And the award for best Oscars commentary goes to… Shangela

A photographer and a security guard (do we smell a 2018 crime-fighting buddy pic in the making?) apprehended the thief and Oscar made his safe return back home.

“After a brief time apart, Frances and her Oscar were happily reunited last night,” her rep said in an email. “They celebrated their reunion with a double cheeseburger from In-N-Out.”

Now without further ado, here’s the blood-spattered photo that Three Billboards decided to post to its Instagram to celebrate her win:

“Look around ladies and gentlemen, because we all have stories to share.” @TheAcademy Award winner for Best Actress – Frances McDormand. #Oscars #ThreeBillboards