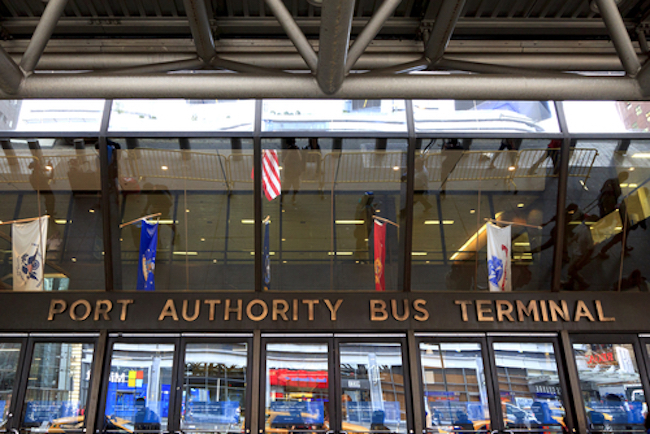 According to The New York Daily News, the sting involves plainclothes police pretending to use the urinals while eerily ogling suspects over the small privacy dividers.

According to a suit filed in Manhattan Federal Court the officers “falsely (claim) that (the suspects) were engaged in illegal conduct,” targeting men

In some cases, the officer will actually step back from the urinal in order to see around the privacy wall, in an effort to view the target’s hands and genitals.”

The suit was filed by the Legal Aid Society and Winston & Strawn.

One plaintiff claims Port Authority cops even called an arresting officer “the gay whisperer” while congratulating him on another arrest.

the PAPD have continued to make such targeted arrests knowing or believing that most of those arrested will ultimately be forced to plead to lesser charges to avoid public embarrassment and humiliation, costly legal fees, and jail sentences, as well as reputational and professional harm associated with the false charges.

To be fair, it’s possible they were unable to hear the phone over all the gurgling toilets and roaring hand driers.