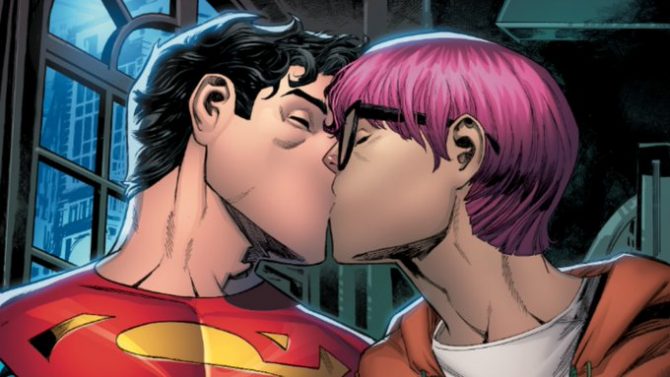 DC Comics has celebrated National Coming Out Day by confirming a long-rumored development: Superman has officially come out as bisexual.

To be clear: this is not the well-known Clark Kent/Kal-El Superman; rather, his son, Jon Kent. GayTimes reports that DC has confirmed the character will officially come out in the pages of Superman: Son of Kal-El on October 9.

“I’ve always said everyone needs heroes and everyone deserves to see themselves in their heroes and I’m very grateful DC and Warner Bros. share this idea,” Tom Taylor, writer of the book, said in a statement. “Superman’s symbol has always stood for hope, for truth and for justice. Today, that symbol represents something more. Today, more people can see themselves in the most powerful superhero in comics.”

Related: Gay gasp! Is Superman about to come out of the closet?

DC has also confirmed that in the comics, Jon Kent will fall for his close friend, reporter Jay Nakamura. As Jon faces exhaustion from saving the world from constant threats, the emotional bond between he and Jay will deepen.

Now, what do we have to do to get a movie about this Superman?