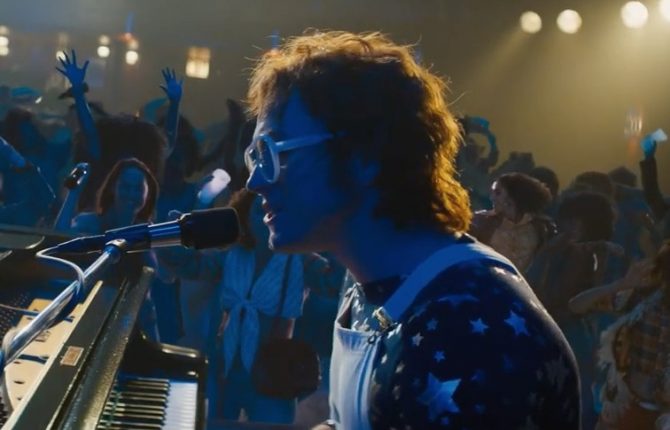 With Rocket Man mania less than one month away, Paramount continues to ramp up to the release. Now we have an official music video for the film’s namesake song.

Taron Egerton, who plays Elton John in the hotly anticipated biopic, notably does his own singing for the film.

“Rocket Man” was released by John on his Honky Château album in 1972 and became a hit single, rising to No. 2 on UK charts and No. 6 in the States.

Related: Taron Egerton loves to hang out in gay clubs, feels “at home”

Bernie Taupin, who wrote the ballad with John, said the idea came to him while he was on his way to visit his family.

“I got inside,” he said, “and had to rush to write it all down before I’d forgotten it.”

Check out Egerton’s version, which features footage from the film as well as Egerton out of his Elton drag in the recording studio, below:

Rocket Man arrives in theaters on May 31.