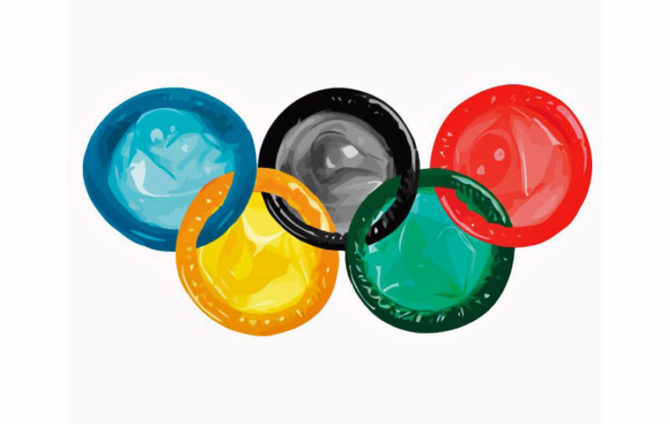 The 2018 Winter Olympics has already set another record and the games haven’t even begun.

In addition to Team USA sending a record number of out athletes to the Games, it was just announced that Pyeongchang will be supplying the largest number of condoms ever provided at any Olympic event before.

Related: Guess what Gus Kenworthy is most excited for at the Winter Olympics?

The condoms are being provided to prevent the spread of  STDs and, suppliers say, to ensure “a successful hosting of the Winter Olympics.”

2,925 athletes representing 90 nations will be competing in this year’s games, but spokesman Chung Geun-sik says organizers “don’t expect the athletes to use them all.” Many of the condoms, he says, will “will likely be taken home as souvenirs.”

To quote former Olympic swimmer Dara Torres from a 2012 interview with CNN: “What happens in the (Olympic) Village stays in the Village.”