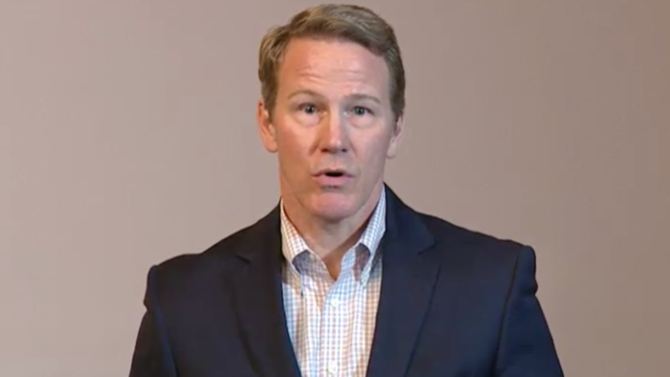 Ohio’s homophobic lieutenant governor, Jon Husted, says he’s not a racist or a xenophobe despite firing off a racist, xenophobic tweet last week.

On Friday, Husted tweeted an article about disgraced former CDC director Robert Redfield saying he personally believes the coronavirus “escaped” from the Wuhan Institute of Virology.

“So it appears it was the Wuhan Virus after all?” Husted wrote.

So it appears it was the Wuhan Virus after all?https://t.co/zmimtlZ9Ev

Health officials and Asian Americans have long urged people against stigmatizing people of Asian descent by using the term “Wuhan virus” or “China virus” to describe the coronavirus.

Related: A call on the LGBTQ community to help #StopAsianHate

Of course, Husted knows this. We all know this. It’s been widely discussed for the past year now. But he chose to use the racist term anyway. And the fact that he chose to do it right as the nation is seeing an uptick in anti-Asian hate crimes makes it all the more disgusting.

Husted was met with a barrage of negative criticism.

Asian-Americans are getting killed because of rhetoric like this. You represent my state. Do better.

Pretend you’re better and delete this.

Thank you for showing your true colors 🥰

After being bombarded with responses calling him out for stoking anti-Asian sentiment, Husted wrote a followup tweet saying his remarks were meant to be a criticism of the Chinese government.

“To be clear, the tweet above referred only to the Chinese GOVERNMENT,” he wrote. “A government of oppression that imprisons people of faith, silences dissenters and the media, manipulates its currency and steals our technology.”

“Would anyone be shocked to learn they also lied about a communicable disease that caused a pandemic?”

Would anyone be shocked to learn they also lied about a communicable disease that caused a pandemic?

Husted holds a D rating with the watchdog group Equality Ohio for his stances on gay marriage and gay adoption, both of which he opposes.

Just to add a little extra grossness to it all, Husted himself was adopted as a child. But he doesn’t think other children should be allowed to have families if those families are LGBTQ.