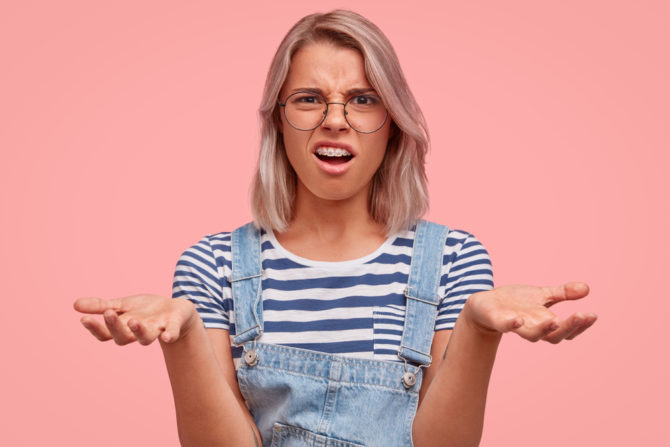 That was the question Dolly Parton posed to the indifferent object of her attention in her 1982 Top 10 country hit “Single Women.” I was 12 years old when I first heard that song, and even back then, the line struck me as being kind of rude — and not just because of its stereotypical female assumption that a man who isn’t interested must be gay.

The song came out around the time that some of my male classmates started picking on me. I always figured it was because they suspected I was gay. I don’t recall anyone ever asking me outright, though, until the night of my high-school graduation when one of the girls in my senior class interrogated me in front of everyone at a party after the diploma ceremony.

Even in my drunken haze, I was horrified. She was trying to out me a good four years before I’d be ready to think about outing myself.

My aversion to the question stuck. There are certain things they don’t teach you in journalism school, but even without being warned not to, in all my years working as an entertainment writer, that has been a line I’ve refused to cross.

You can’t log time as a writer and editor for magazines like People and Us Weekly without delving into the personal lives of celebrities, but there’s one question I never asked of anyone I interviewed: “Are you gay?” Even after Dusty Springfield opened up to me about her battle with breast cancer in 1995, I kept the rumors about her sexuality off-limits.

It’s not just that a person’s sexual orientation isn’t any of my business unless they’re going to have sex with me. We tend not to qualify straight people by asking if they’re straight, so when we ask if a person is gay, it automatically makes it a thing when it shouldn’t be.

Aside from my second personal doctor in New York City, whose “You’re gay, right?” made our first appointment uncomfortable for at least one of us (that would have been me), straight people mostly have refrained from asking me the dreaded question since the night of my high-school graduation. The ones who did ask generally have been bouncers at gay bars in capital-B foreign cities — Buenos Aires, Bangkok, Berlin — who I presume wanted to protect their clientele from the sort of drunken, homophobic straight men they must have assumed I might be.

Others have been far more discreet, like the Australian woman in my Serengeti safari tour group five and a half years ago. When I declined to join her and a few others for a $15 village tour hosted by the local polygamous Maasai tribe, she jokingly said, “Jeremy, you might find a few wives there… or husbands,” adding, “Well, I don’t want to make any assumptions.”

I thought about her recently when another straight person abroad alluded to my sexual orientation without asking if I’m gay. The manager of the kebab shop near my fifth Airbnb in Prague took a clumsier route than the Aussie lady. It was my fourth trip to his store, and my second without Karel, the Czech guy I’d started seeing.

“So where is your friend tonight?” the man, who appeared to be Turkish, asked after taking my order.

“He’s at home, but he’s going to come over later,” I answered, not really sure where the conversation was going, but certain that he wanted it to go somewhere.

“So the two of you don’t live together?’ he asked after a few moments of awkward silence.

“Did you meet in Prague?”

I could see the wheels turning in his head. I knew he was trying to confirm the nature of our relationship without dropping the G-word.

I wondered where that came from. Karel and I hadn’t acted particularly couple-y either of the times we’d been in there together. In fact, we paid for our orders separately on both occasions. Had he seen through the neutral pose that I typically adopt, sometimes unconsciously, not to hide my sexual orientation but not to advertise it either?

“So you’re not a couple?” he asked after a few more moments of loaded silence.

Although he was kind of overstepping, I didn’t want to follow suit by overstating the nature of my relationship with Karel before checking with him.

“That’s really cool. I think that’s great. There’s a lot of homophobia in my country, but I think everyone should be free to live as they want to live.”

After 14 months spent traveling in Europe, often in countries, including Turkey, where homophobia runs rampant, I welcomed his unsolicited acceptance. I appreciated that he went about extending it so respectfully, without reviving the recurring nightmare of my teen years that had come true on graduation night.

I hope we get to the point where “I’m cool with it” isn’t necessary, and acceptance is a given. But for now, I’ll take the baby steps, if it means I get to walk (and act) naturally because being gay is as natural as being anything else.