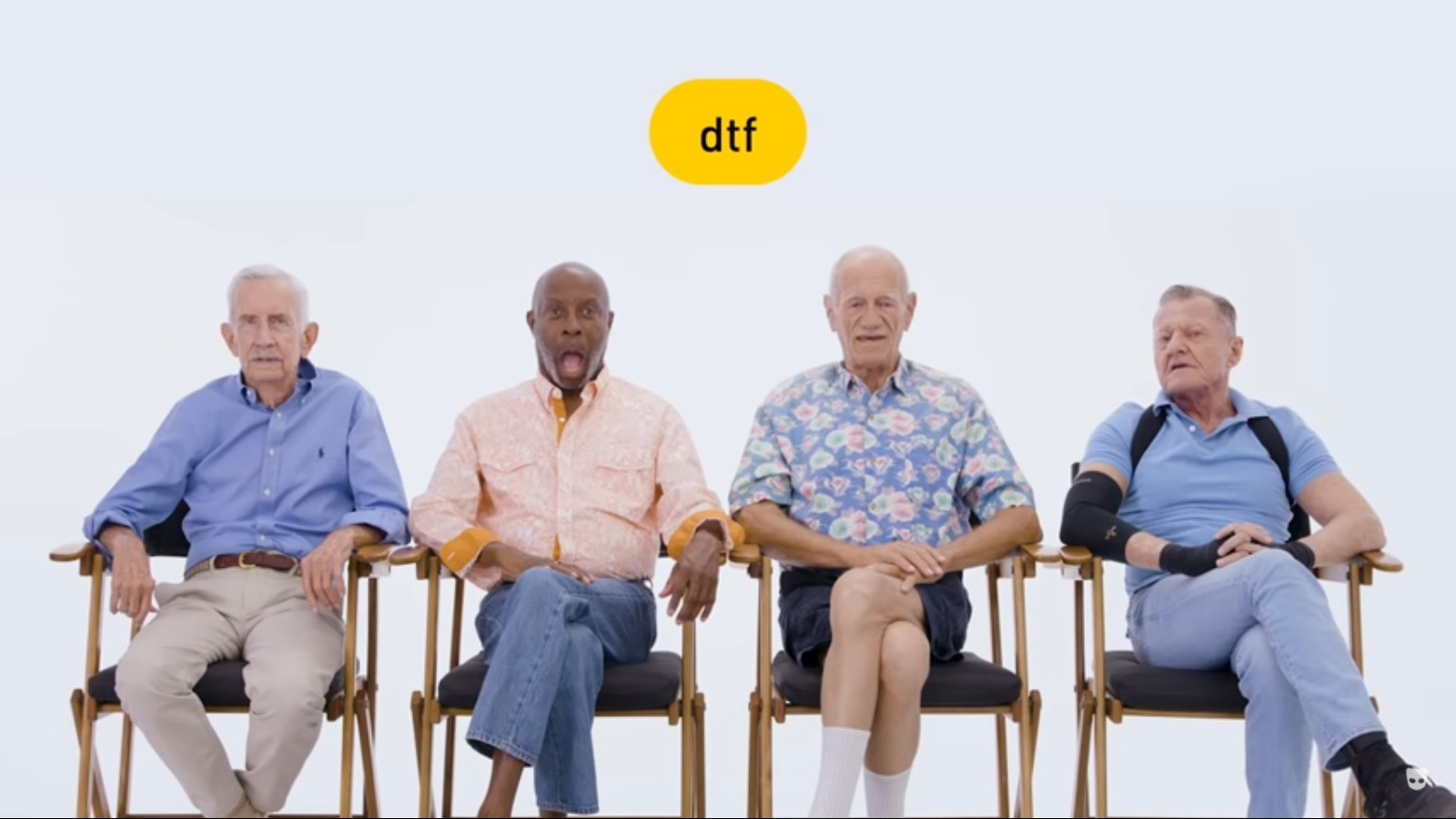 Yes, TikTok stars and Queerties Award winners The Old Gays have discovered Grindr tags. The result, as you might imagine, made us laugh and swoon.

For the uninformed: The Old Gays consist of Robert Reeves, Mick Peterson, Bill Lyons, and Jessay Martin, and became social media superstars thanks to their videos posted to TikTok, Instagram, and YouTube. The four have amassed more than 1 billion followers thanks to their mix of humor, LGBTQ history, and flirtatiousness.

Their latest video falls in the latter category, as the four react and explain common Grindr tags. Maybe it goes without saying, but they have thoughts.

Related: Call them the new ‘Golden Girls.’ The Old Gays just landed their own series

“Instead of hooking up with guys he knows, Mick prefers the thrill of ‘anon,'” Bill explains.

“He does,” Mick agrees. “I’ll even get more specific if you want.”

“We don’t have the time,” Bill quips.

“I knew a guy who used to want to have one of my socks, and he would put it over his nose [during sex],” Mick recalls.

Mick may seem like the king of kink, until the four land on the subject of “pits.”

“I don’t understand armpits,” Mick confesses. The self-described “vanilla” Bill, on the other hand, seems open to the idea.

The four also discuss the finer points of puppy play… but we’ll leave them to explain that.

Have a look at The Old Gays advocating their favorite tags. No doubt they may inspire a few viewers to add some tags to their profiles.