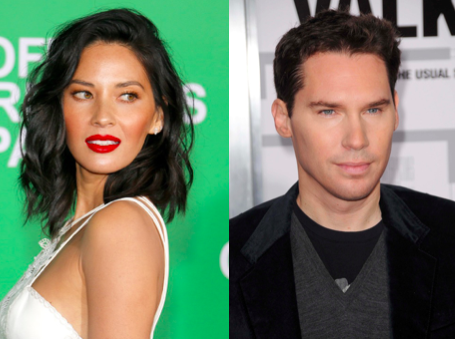 Speaking to reporter Ramin Setoodeh, Munn addresses those rumors that Singer would frequently go missing from set during the filming of 2016’s X-Men: Apocalypse.

“When we shot ‘X-Men,’ I never shot a huge movie like that before,” she recalls. “I didn’t know what was right or wrong, but I did know that it seemed strange that Bryan Singer could check out and say he had a thyroid issue.”

She continues: “Instead of going to a doctor in Montreal, which is a very high-level, working city, he said he had to go to L.A. And he was gone for about 10 days is my recollection. And he said, ‘Continue. Keep filming.’ We’d be on set, I remember there’s a big scene that we’d have, and we’d come back from lunch and then one of Bryan’s assistants would come up and show us a cell phone with a text message on it.”

Munn goes on to claim that Singer, who has been racking up sexual misconduct accusations since 1997, would frequently send texts informing the film’s cast that he wouldn’t be on set that day and so they should just proceed filming without a director.

“And he texted to the actors, ‘Hey guys. I’m busy right now. But just go ahead and start filming without me’,” she recalls. “And we’d be like, ‘OK.’ And I never thought any of it was normal, but I didn’t realize that other people also thought it wasn’t normal.”

She adds, “The other people who thought it wasn’t normal would be people at high levels, people who make decisions on whether to hire this person. Come to find out it is really strange and it wasn’t OK. But this person is allowed to continue to go on. Fox still gives him Bohemian Rhapsody, and then we all know what happened.“

In 2017, Singer was fired in the middle of the production of “Bohemian Rhapsody” for allegedly not showing up to set and fighting with star Rami Malek. Shortly after that he was offered a $10 million directing job for the upcoming film Red Sonja.

The job offer was rescinded in January 2019, however, after The Atlantic published the findings from a year-long investigation into the two decades worth of sexual assault allegations made against Singer, speaking to over 50 sources, including four young men who had never spoken publicly before.

Singer, who hasn’t worked since the article was published, called the exposé a “smear piece” written by a “a homophobic journalist who has a bizarre obsession with me dating back to 1997.”

In response to Singer’s alleged behavior and how it took over 20 years to finally catch up to him, Munn had this to say: “It’s the problem that I always had in this business, way before the #MeToo movement exposed so much. You’re in it and you see these people who keep failing up, and they’re not that great and you think, ‘Really?’”

Before #MeToo, Munn says she witnessed “stuff that’s really horrendous and just nauseating to be around–there’s also just the bad behavior of people getting away with it.”

“No one in the world is so talented that it merits disrespecting other people and their time,” she adds, “And there are so many talented people waiting for an opportunity.”

When asked for comment on Munn’s interview, all Singer’s publicist had to say was, “He saw doctors in Montreal and then came back to see doctors in Los Angeles. And to the best of our recollection, it only affected two days of shooting.”