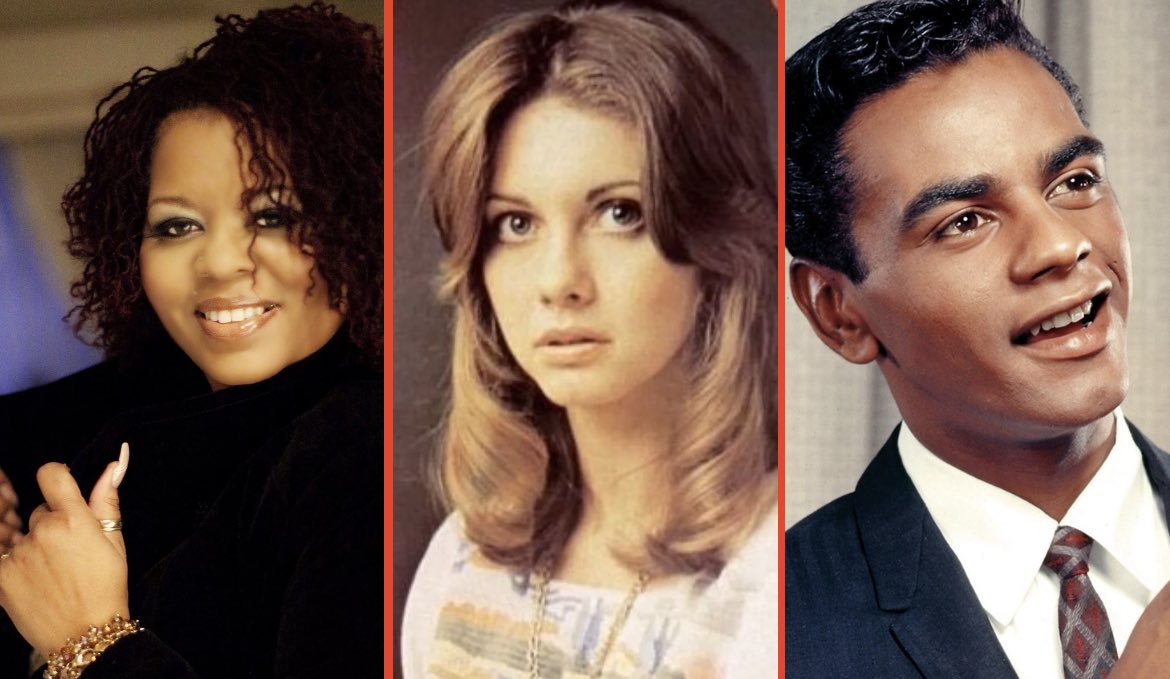 To paraphrase DJ Caspar: “Take it back now y’all, five bops this time!”

We’ve finally reached the end of the week, and it couldn’t come soon enough. The vibes have been a bit of a mix bag: Trump was raided by the FBI, Black trans women made history, and gay conservatives dropped the most embarrassing app made in years. A true whirlwind.

Our time machine look through queer music hist’ry this week is also a fairly mixed bag, with a good balance of bops and ballads.

From a morning angel to a love that’s faithful, here’s your weekly bop rewind:

This breezy, romantic tune was one of Johnny Mathis’ first pop chart hits, and a lovely entry at that. The thought of a Black gay man (though not quite out yet) charting back in 1957 feels hard to believe now, but Mr. Mathis was way too charming to deny. This song eventually earned its place in the Grammy Hall of Fame, with Mr. Mathis right alongside it.

Beloved actress, singer, and activist Olivia Newton-John passed peacefully in her home just days before the 50th anniversary of the eponymous Olivia, her second studio album. Though not her most commercially successful work, this collection of covers and standards is a perfect encapsulation of the soft, yet enrapturing energy she possessed. There has been many a heartfelt tribute made in her honor this week, but no one has immortalized Dame Newton-John as masterfully as she did herself.

Speaking of immortalized icons! This early single from Whitney’s self-titled debut helped establish her as the master vocalist she was. There’s something to be said about her at age 22 singing about saving all her love for a married man — and the fact that these lyrics have been ignored as this song plays at many a wedding. An early entry in the glistening “proud other woman” canon, right between old standard “The Other Woman” and SZA’s “The Weekend”.

Robin S. proved to the girls that she was no one-hit wonder on “Show Me Love” with this electric follow-up single. “Luv 4 Luv” shot straight to the top of the US Dance charts. One reviewer wrote of the single, “Keeping with the same formula […] the Maven of House is back with another strong rhythmic mover.” As we celebrate a mainstream house resurgence alongside Beyoncé’s Renaissance, genre pioneers like Robin S. and their hits are getting their shine all over again.

It’s absolutely unconscionable that this song is 13 years old, but time is marching forward like a bootcamp hike. While this party-girl persona may have been left in that turn-of-the-decade moment, it’s nice to revisit simpler times when pop princesses were getting put back on the map. As frivolous as this song is, “Tik Tok” went on to be the highest performing song of 2010, making Kesha the first woman to ever have a debut single claim the #1 spot on Billboard’s Year-End Hot 100. Stream Conjuring Kesha on Discovery+ for clear skin.

Join us here next week for another bop after bop!