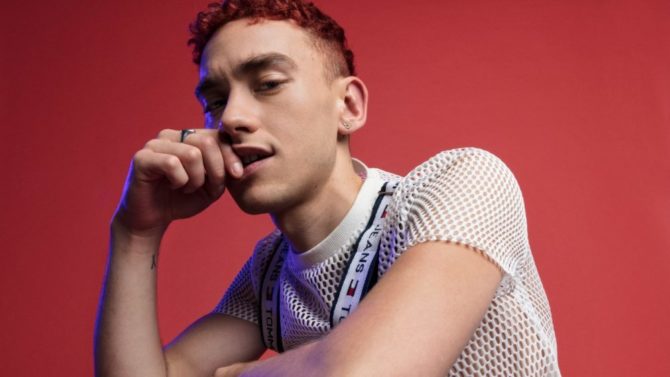 When it comes to falling in love with straight guys, Olly Alexander says he’s not immune.

“It’s a very common experience, I think, for gay men to fall for a straight guy,” Olly tells GQ in a new interview. “I think for a lot of gay guys, you’re at school and fall in love with your straight friends. That happened to me.”

But straight boy crushes don’t end in middle school, Olly says. He just fell for a straight dude not that long ago, which he sings all about in his new single  “Sanctify.”

“It happened to me recently where I was like, ‘Am I having feelings for this straight guy? What is that about?'” 27-year-old Olly says. “It’s kind of heartbreaking.”

Why would anybody put themselves in that position? I think when you’re a gay guy, navigating the dating world and romance, it’s hard enough. If you’re just stepping outside of all of that bullshit and just putting it on a straight guy, you’re like: “Oh, that will never happen. My feelings aren’t gonna get hurt.” Even though they always kind of do. You’re lying to yourself.

Dating, in general, Olly says, can be a challenge. It’s even harder when you’re a celebrity.

“When I was newly single, I downloaded Grindr,” he says. “I was on it, and then it was just weird because people would think I was catfishing myself, which was kind of a head f*ck.”

“People would think I was catfishing myself, or they’d be like, ‘Oh, I’m such a big fan,’ and that’s kind of a turnoff, so it didn’t go super well for me.”

Also, he says, it felt like a “meat market of d*ck pics and sex positions,” which depressed him.

“I just wanna be the unicorn in the throuple,” Olly says, “and I can live in the next house to the couple.”

“I’m just gonna get high by the beach all day. Maybe see my husbands or whoever they are a couple times a week.”

“Wait, this sounds so fun. How can I arrange this?”