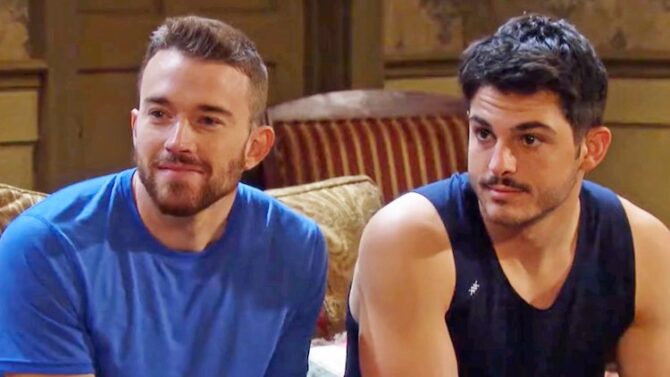 Anyone needing a bit more gayness in their daytime soaps, take heed: Will and Sonny, the beloved Days of Our Lives gay power couple, will return to the long-running show on February 21.

Will and Sonny, played by Chandler Massey and Freddie Smith, made history as the first gay male couple to get married on a daytime soap opera way back in 2014. Of course, as characters on a soap, they had their fair share of relationship woes. Through the years, the pair struggled with amnesia, serial killers, near-death experiences, outing, love triangles, divorce, and remarriage.

Related: Why ‘Days of Our Lives’ axing its gay characters was the worst decision ever

The popularity of the couple surprised network execs, especially when fans began referring to them as the portmanteau “WilSon.” Days of Our Lives would go on to win a GLAAD media award for the couple’s storyline, while Massey and Smith would both pick up Emmys for their performances.

Actor Billy Flynn recently teased the upcoming return of WilSon to Days of Our Lives, as well as the comeback of a popular enemy: Sonny’s ex, Leo, played by Greg Rikaart.

Of course, all this means a scandal (or five) is likely brewing. We can’t help but wonder if it could have something to do with the return of the scheming doctor Craig Wesley (Kevin Spirtas), who also recently made a return to the show and came out of the closet.

We will just have to watch and see. In the meantime, have a look at this YouTube compilation of their relationship over the years…