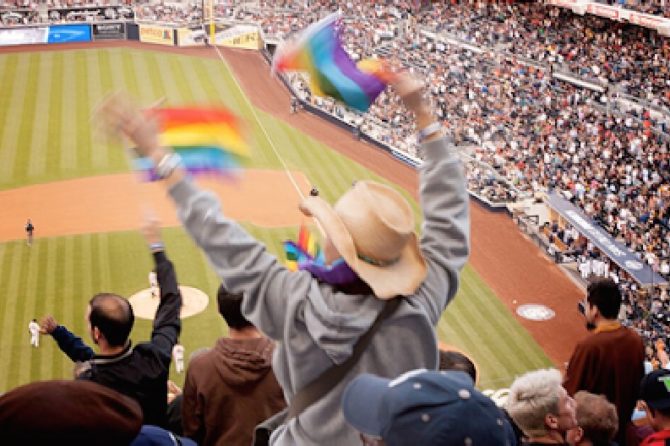 All the talk in the world about LGBTQ inclusion doesn’t seem to be making gay professional athletes come out any faster, but those “Pride Nights” that teams regularly host aren’t just for the players.

For straight sports fans attending a game on Pride Night, or even watching at home, it’s a readily relatable opportunity to “de-otherize” gay people.

A simple interaction between a once-homophobic father and his teenage daughter shows how much they can help, giving folks whose views are evolving a point of connection with LGBTQ people, a momentary shared language.

Alexys Mergy is a 19-year-old lesbian living in San Deigo who once ended a relationship with a girl because her step-father forbade it.

He did not approve of her being gay.

He has since come around; it’s a journey and good on him for putting in the work. He recently attended a Padres game on Pride Night, reports Outsports.

Step-dad snapped a photo and sent it to Alexys with a message of support, complete with rainbow flag and baseball emojis, side by side.

It’s such a small act that can reverberate so loudly: 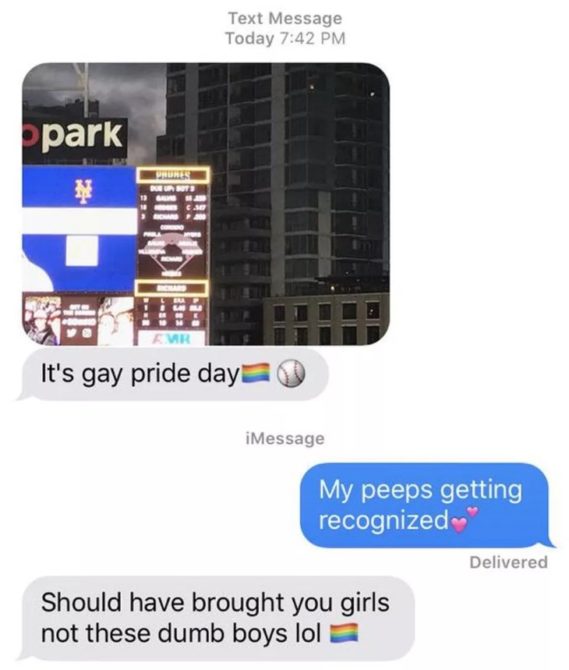 Stepdad just sent me a picture of a pride flag at the padres baseball game. Feels good to know my parents finally accept that I'm gay. ???

Alexys’s current girlfriend, Annais, who Dad refers to when he writes “you girls,”  is considered part of the family now.

“Annais and I felt that [my stepdad’s text] makes us feel truly apart of the family and that we’re loved for who we are and it feels good to know that,” Alexys said.