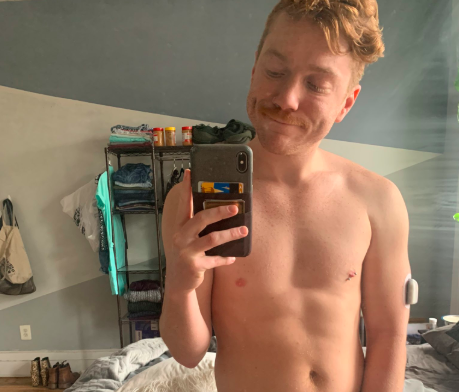 Gay adult film performer Kenny Benjamin is giving out free subscriptions to his OnlyFans page in exchange for donations to Elizabeth Warren’s campaign.

“If you send me a screenshot of you donating to Elizabeth Warren I will give you my alt and if you already have my alt I’ll give you a month of OnlyFans,” Benjamin told his 8K followers on Twitter last week.

He followed that up with a second tweet a few days later. It included a video of him urging followers to “donate to Elizabeth Warren!”

hello plz donate, i’m too drunk and donated too much just tonight to my bb liz and you should too!!!! pic.twitter.com/lzrHm6UoiT

And the money came rolling in… Sorta.

People began sharing screenshots of their donations, ranging from $3 to $5 to $500, to Warren’s campaign.

It’s not much, but I hope it helps! pic.twitter.com/ahkRGuGNdM

Ill do more I swear! pic.twitter.com/asLWGtiQ8Q

Benjamin tells Gay Star News the whole thing started as a joke and he was surprised when people actually took his offer seriously.

“I originally posted it as kind of a joke,” he said. “It has actually been crazy. I had a lot of people messaged me to say, ‘I wanted to donate to Elizabeth Warren and this inspired me.'”

The 25-year-old says he mainly supports Warren’s candidacy because she’s a woman.

“I would just love to see a woman in the White House. In the 2016 election, the majority of the country voted for Hilary Clinton. America wants a woman president. And Warren is just so capable of being president.”

He adds that one of his goals of doing adult films is to combat the stigma that surrounds sex work, and Warren has said she is open to decriminalizing it.

Related: Is everyone an adult film star now? ‘OnlyFans’ and the mainstreaming of gay sex