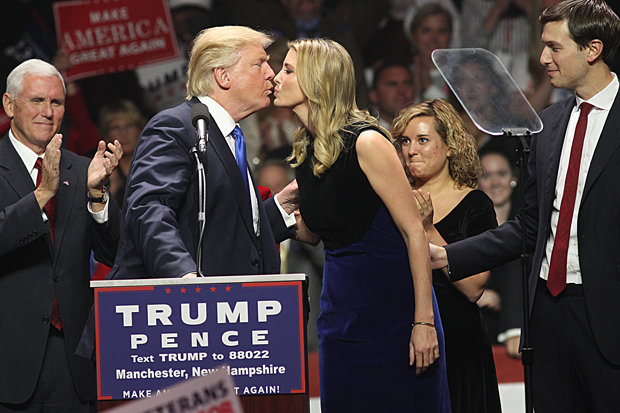 Well, this is embarrassing. Almost as embarrassing as Paul Ryan’s Freudian slip about “destroying” the American health care system…

It’s no secret how Donald feels about the New York Times:

Remember when the failing @nytimes apologized to its subscribers, right after the election, because their coverage was so wrong. Now worse!

So we’re sure he won’t be thrilled to learn about this.

In an article about the ridiculous number of days #45 has visited his Trump-branded properties since taking office, the New York Times stirred up some confusion around his relationship to Ivanka.

The article accidentally referred to the first daughter as Trump’s “wife.” We can’t imagine where they possibly got that idea.

Shortly after publication, however, the Times posted a correction.

“Because of an editing error, an earlier version of this article misidentified Ivanka Trump as President Trump’s wife,” the Times wrote. “His wife is Melania. Ivanka is one of his daughters.”

Just to make sure this isn’t any lingering confusion, Donald is married to a 46-year-old Slovenian immigrant and former fashion model who lives 200 miles away from him in New York City. Her name is Melania.