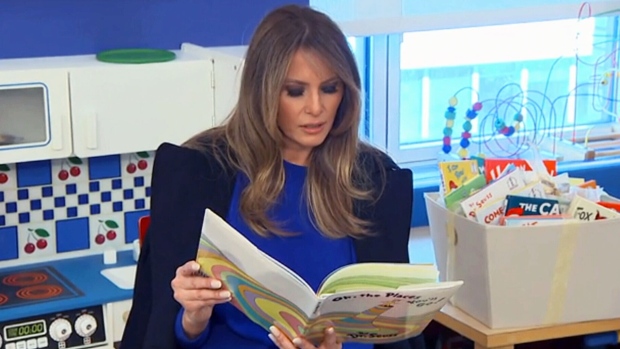 Poor Melania Trump. She can’t seem to tweet anything without getting epically trolled by the entire Internet. And today was no exception.

Apparently, it’s National #ReadABookDay and Mrs. Trump took to her official FLOTUS Twitter account to remind everyone that reading is fundamental:

On National #ReadABookDay I encourage everyone to read a book. Let every page educate you & take you on an exciting journey!

And now, ladies and gentlemen, the responses…

Tell you husband to read the constitution.

Which one of Michelle's speeches is this quote from?

Tone deaf advice. While our beloved state of FL is bracing for Hurricane Irma you aren't sending kind thoughts, you are telling us to read.

Will you be reading The Cat in the Hat to your husband later?

This is a very good thought, well done

Good Idea! May I suggest your husband read "The Diary of Anne Frank"?

Reading the book you wrote for #ReadABookDay! Great work!! pic.twitter.com/3soQ7g9MU9

Start with your husband. Encourage him. He desperately needs that. But I can't imagine you'll succeed.

I unfortunately won't have time for a book because I need to read every funny response to this moronic tweet.