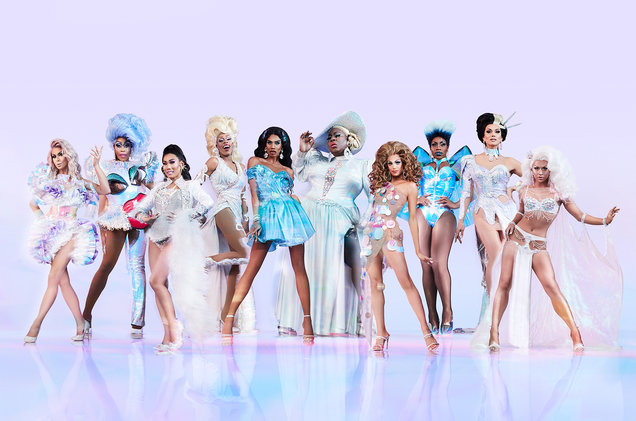 Those are the only possible explanations for why Wikipedia already credits Monét X Change as the winner of RuPaul’s Drag Race All-Stars season four, despite the fact that four other queens — Latrice Royale, Monique Heart, Naomi Smalls and Trinity The Tuck — are still in the running.

Here’s how the online encyclopedia describes Kevin Bertin, aka Monét:

It’s important to note that Monét’s Wiki page isn’t locked, meaning that anyone can go in and make changes to the information at any time.

Related: Vote for Drag Royalty in the 2019 Queerties

But we’ve been checking the page every few minutes, and as of this posting, it still lists her as the winner of All-Stars.

That’s odd even by Wikipedia’s standards. Here’s what the site has to say about page vandalism:

Do you enjoy vandalism?…

Then go right ahead: vandalize any page that you please…

And what’s with the confidence? Well, here’s what happens when a page is vandalized with inaccurate info:

Your vandalism will be reverted. It will happen within minutes, if not seconds. A lot of obvious vandalism is reverted automatically (and usually immediately) by an automated computer program.

So if it isn’t vandalism, could it be a leak?

Drag Race has certainly suffered from its fair share of leaks — or things that looked like leaks — over the years.

Related: Vote for Future All-Star in the 2019 Queerties

In fact, something similar happened in 2012 during the other season four, when a Wikipedia page listed Phi Phi O’Hara as the winner. That, of course, didn’t happen, and Sharon Needles wound up taking the crown.

Then there are the less clear-cut cases, like when Reddit lit up prior to the season nine finale, claiming a marketing error revealed the winner to be Sahsa Velour, who did indeed finish first.

Whether this Wiki mystery is more like the first story or the second, time will tell. But either way, Monét is having a very good year. Not only did she make it to the final five (at least) of All-Stars, she also just popped up in a national Pepsi campaign with Cardi B.

Watch the two teach a diner full of people how to properly “okurrrrr” below, and tune into VH1 on Fridays at 8/7c for new episodes of RuPaul’s Drag Race All-Stars:

After this post was published, the Wikipedia page for Monét was changed to read that she “is currently competing on the fourth season of RuPaul’s Drag Race All Stars.”