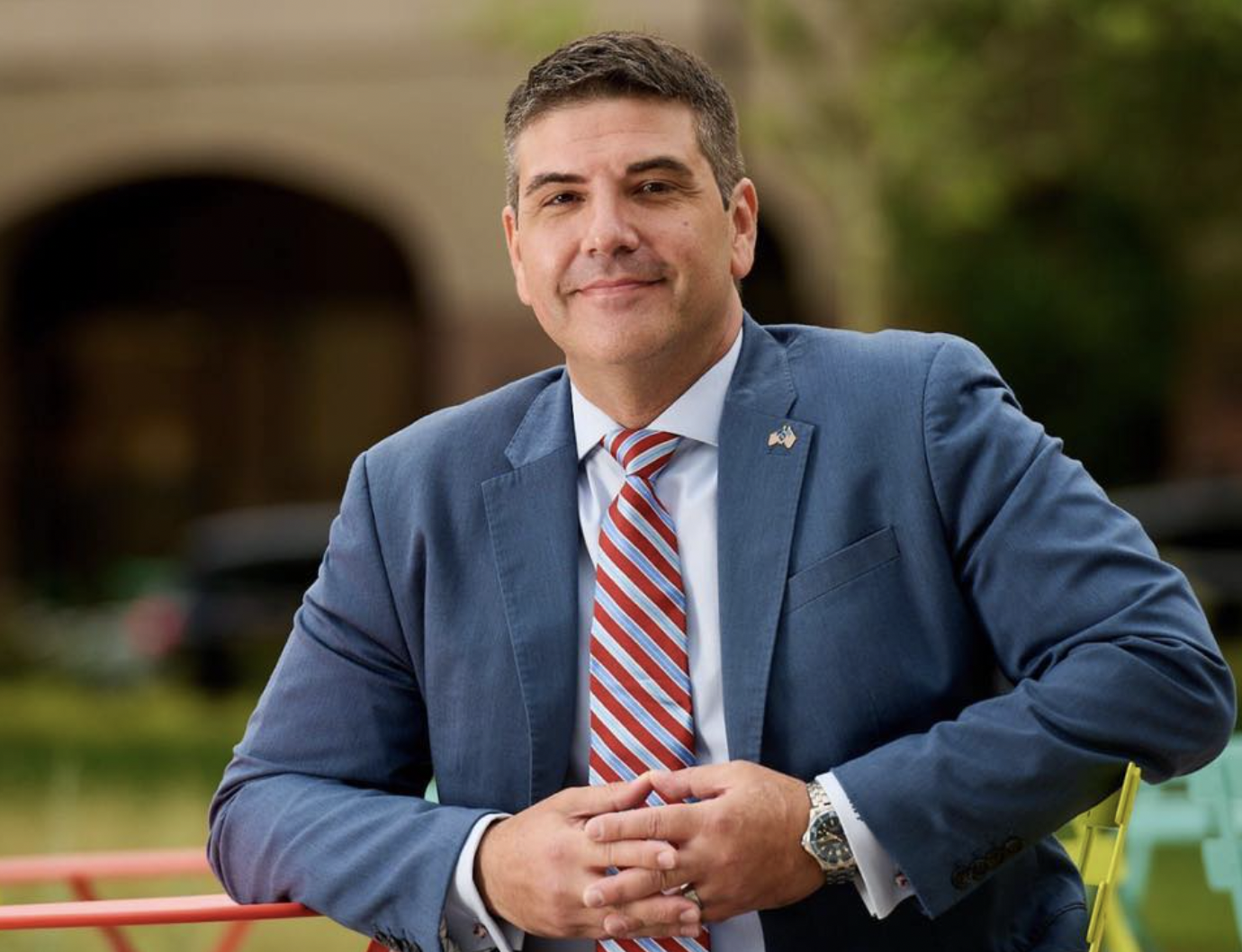 Actually, no. Because in addition to being a diehard conservative who has spoken out against the Equality Act, Felker has a rich history of attacking trans people on Twitter.

Related: Antigay politician takes “full responsibility” for sexual misconduct… then blames everyone else

Felker used to have a Twitter account called @UrOrwellianLife that he regularly used to disparage trans and nonbinary people. He frequently used anti-trans slurs and hashtags like #SexNotGender and #GenderCritical, promoted TERF ideology, and even referred to former gubernatorial candidate Christine Hallquist, a trans woman, as a “Trans Identified Male.” 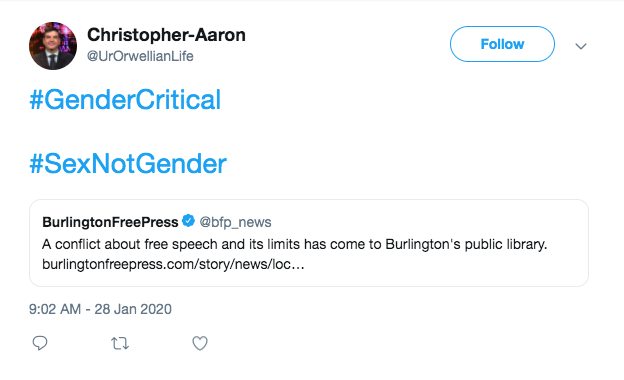 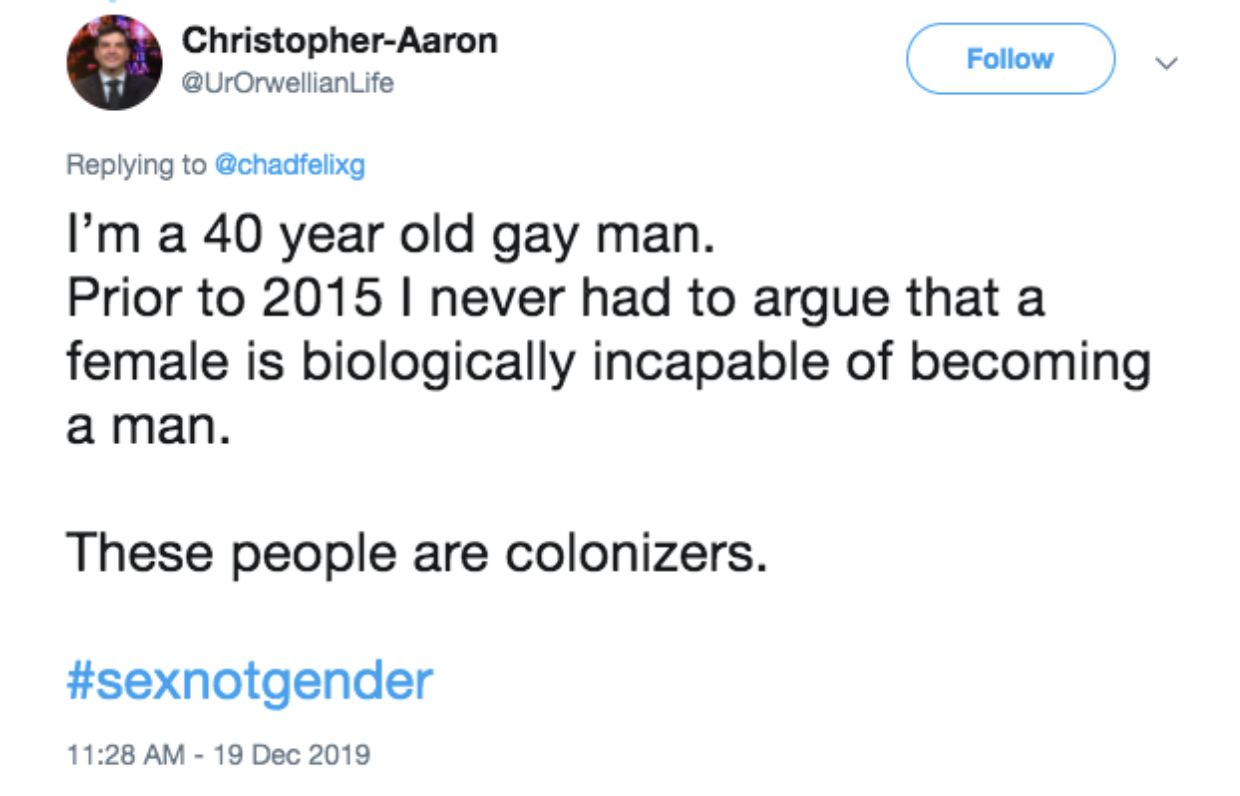 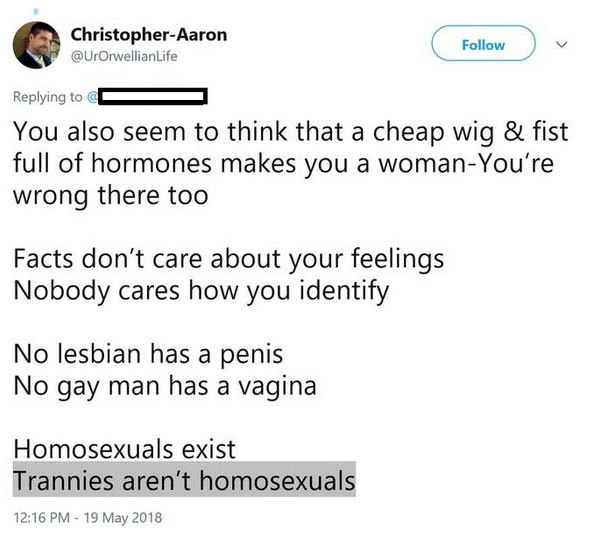 Last year, during his first unsuccessful run for Burlington City Council, Felker defended his anti-trans sentiments in an interview with the local newspaper Seven Days, explaining that his Catholic upbringing taught him “we are all created in the image of God, and none of us are born in the wrong body.”

And he told the VTDigger he wasn’t “phobic of any transgender person”, saying, “I support their right to do whatever they like and live and find happiness. But I will defend women’s rights, women’s sports.” He also suggested his animus toward the trans community was merely a difference in “opinion.”

On March 1, voters will decide whether to elect Felker in a special election for the Burlington Ward 3 City Council. The current incumbent, Joe Magee, is also openly LGBTQ, although, unlike his opponent, he doesn’t publicly loathe trans people.