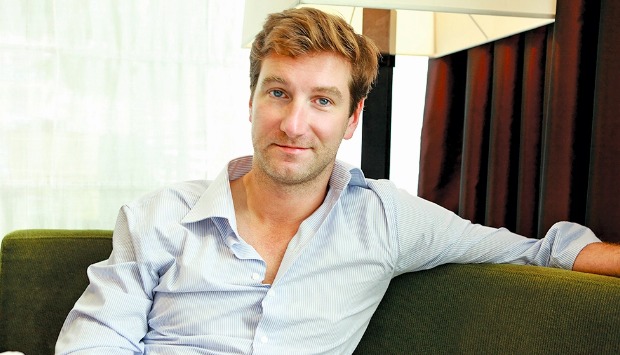 Russia isn’t exactly known for its gay-friendliness, fair elections, or tolerance for political debate. But that’s not stopping Anton Krasovsky from running for mayor of Moscow.

42-year-old Krasovsky is poised to be the first openly gay, HIV-positive political candidate ever to run for office in the country, though it’s not totally clear if he’ll actually be allowed on the ballot. Still, he’s going to try because, as he puts it in an interview with the Daily Beast, “everything sucks here.”

Yeah, we know the feeling.

To be clear: The former Russian news anchorman doesn’t actually think he’s going to win. He’s running to raise awareness to inequality in Russia and to bolster his political profile.

“It is an illusion that Russia is a homophobic country by its nature,” Krasovsky tells reporter Anna Nemtsova. “People do not care if you are homosexual or not, nor is anybody interested in your HIV or any other health problems.”

Hmmm. We’re not entirely sure about that. The country does have those homophobic “gay propaganda” laws. And let’s not forget about the kidnappings and killings of LGBTQ people in Chechnya.

Still, Krasovsky says his sexuality and HIV status have never been an issue for him.

“My homosexuality has never helped me but it has never been in the way of my career goals,” he maintains.

Except for the time he was fired from his job as a host on Internet Kontr TV in 2013 when he announced, “I am gay but I am just as human as Putin.”

Krasovsky needs to gather signatures of 110 municipal deputies before July 3 to see if he can even run.

“I want to take part in the election to show the current political elite how to fight for human rights and freedom,” he says.

We wish him all the best!

bottom of the barrel
42