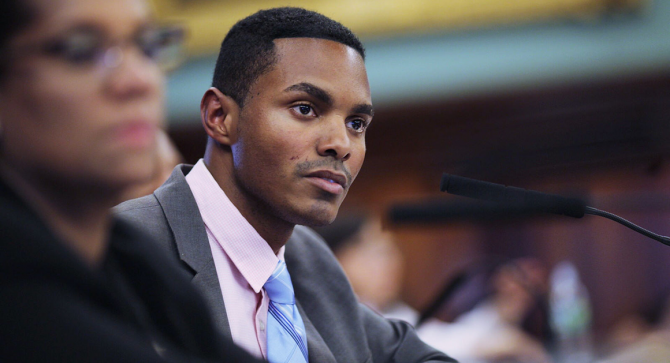 New York City Councilman Ritchie Torres made history today when he announced his bid for a seat in New York’s House of Representatives.

New York City Councilman Rubén Díaz Sr. is also running for the seat. Díaz is a long-time opponent of marriage equality who once attended a protest of an AIDS march dressed in drag as part of a “March for Morality” saying that supporting a cure for AIDS teaches children that “homosexuality is ok, that it is not immoral or sinful behavior.”

Earlier this year, Díaz told Spanish-language radio station that New York City is being “controlled by the homosexual community.”

But Díaz, who’s granddaughter is a lesbian, insists he’s not a homophobe.

“My family is full of gays,” he told the New York Times. “I don’t believe in gay marriage, but that doesn’t mean I hate people.”

“To have an elected official attack the quality and dignity of LGBT people sends a message to young people who are thinking of taking their own life as they struggle with their identity,” he told the Times.