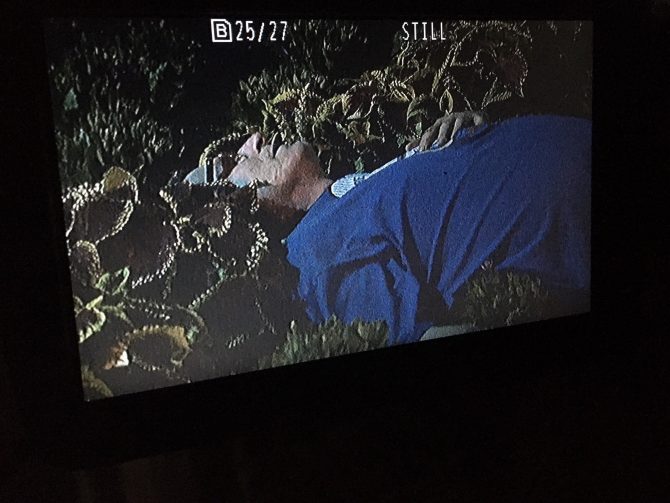 Tim Carpenter is a Democratic state senator from Wisconsin and one of only four openly LGBTQ members in his state’s legislature. Last night, he was viciously assaulted and knocked unconscious after taking a photo of protesters in Madison.

The protesters were responding to the arrest of Devonere Johnson, a 28-year-old activist who was taken into custody after he entered a restaurant with a megaphone and a baseball bat.

Gathering around the Capitol building, they smashed windows and lights and tore down two statues, including one of abolitionist Col. Hans Christian Heg, who fought and died for the Union during the Civil War.

After a disturbing image of Carpenter lying unconscious on the ground was posted to Twitter by a local reporter, the 60-year-old lawmaker explained that eight to ten people rushed towards him at the protests. He says he was punched and kicked in the head, chest, and neck.

I took this pic- it got me assaulted & beat up. Punched/kicked in the head, neck, ribs. Maybe concussion, socked in left eye is little blurry, sore neck & ribs. 8-10 people attacked me. Innocent people are going to get killed. Capitol locked- stuck in office.Stop violence nowPlz! pic.twitter.com/Zw2hdfYG66

“I don’t know what happened… all I did was stop and take a picture… and the next thing I’m getting five-six punches, getting kicked in the head,” Carpenter tells the Milwaukee Journal-Sentinel.

The attack left him with several injuries, including bruising, blurry vision, soreness, and a possible concussion.

.@TimCarpenterMKE was just punched in the face by Madison protesters because he was filming. Several people attacked him. pic.twitter.com/jyGIfe0Ogq

This is the picture that got me assaulted and beat up by a mob. Punched & kicked in the head. Might have concussion, left eye a little blurry, cheek shollen, sore neck and ribs. This has to stop before some innocent person get killed. I locked up in the Capitol until it’s safe

Despite being  attacked, Carpenter says he is still “on their side for peaceful demonstrations.”

“I want to be clear: violence against any person — whether in the middle of the street in broad daylight, at home trying to sleep, going for a run, or happening upon a protest as was the case last night — is wrong,” he said in a statement. “It should never be tolerated.”