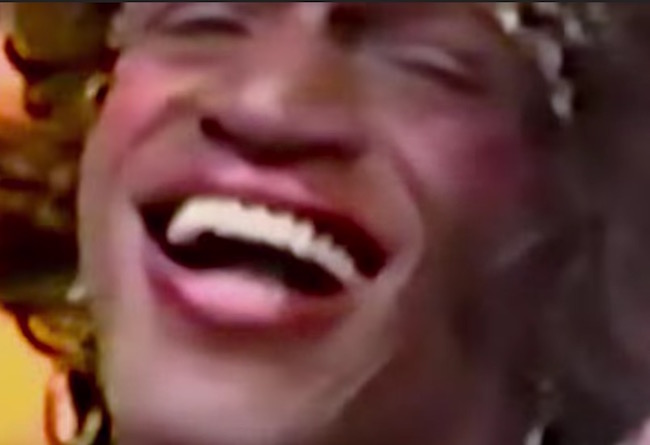 “There’s a massive number of trans women who have been murdered and they’re yelling out from their graves for justice.”

The Netflix original attempts to unpack the real story behind Johnson’s mysterious death.

The ringmaster behind the Stonewall Riots in 1969 was found floating in the Hudson River, leading many to believe she was murdered. The documentary takes a moving look at her life through archival footage featuring the cultural pioneer in action.

Even if your favorite genre is industrial sludge set to jackhammers and car crash sound effects, it’s hard not to like Carly Rae Jepsen unless you’re just a really bad person.

Directed by Gia Coppola in Los Angeles, the video for her new song “Cut To The Feeling” is just as jubilant and perky as the single deserves, featuring cameos from friends, family, and folks in her backing band. It’s basically a full-throttle romp.

Biopic Tom of Finland explores the life of Touko Laaksonen, a.k.a Tom of Finland, a.k.a. the king of homoeroticism, whose unapologetic drawings shattered taboos and helped bring gay male eroticism and leather fetish culture.

Laaksonen died in 1991 at the age of 71. 25 years later, he remains one of the most influential figures in the gay art scene, and is perhaps one of Finland’s most well-known LGBTQ artists. The Finnish-language biopic, directed by Dome Karukoski and starring Pekka Strang, will be released in early 2017.

Check out the steamy US version of the trailer below:

The end result? From our vantage point, he looks more ripped than a photo of Pope John Paul II in Sinead O’Connor’s trembling hands:

Inspired by The Rock — “who takes his entire gym with him everywhere he films” — actor Orlando Bloom has been dutifully unleashing a handful of thirst-worthy workout vids to his Instagram account, and they’re showing the actor shirtless and very sprightly, indeed.

inspired by @therock who takes his entire gym with him everywhere he films ?? respect ?? seems my biceps are basically the size of his index finger ? #workoutwednesday @lifefitness