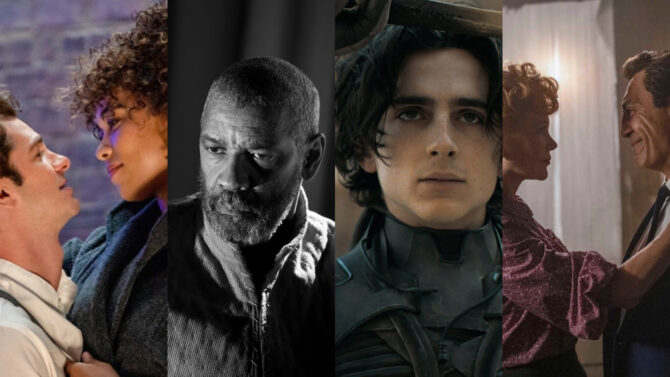 Oscar season kicks off this February 8 with the 94th Annual Academy Award nominations. Far from last year’s snoozefest, this year has seen a diverse variety of excellent films competing for attention. And, thanks to pandemic holdovers, this year will also see some fierce competition for Hollywood’s highest honor.

As such, we here at Queerty have piled on the screeners to assemble our annual “If We Picked the Oscar Nominations” overview. And, unlike years past, this year’s qualifiers have challenged us to whittle down the list.

Have a look, and prepare to play along. Let’s see how much the Academy agrees with us February 8… 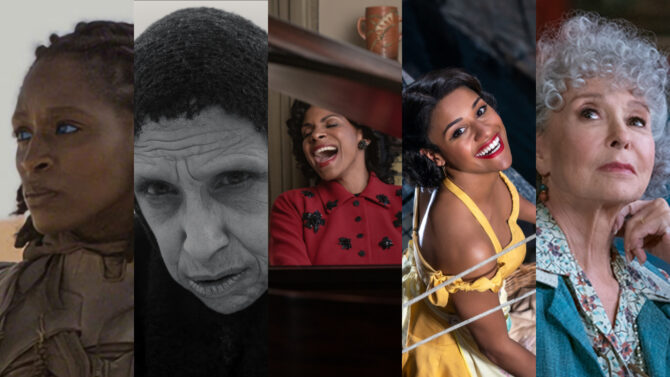 In a movie as complex and crowded as Dune, Duncan-Brewster does almost the unthinkable: she almost steals the movie. Considering that her character, Dr. Kynes, barely registers in the original novel, that makes her performance all the more impressive. Hunter, likewise, plays multiple roles with sublime creepiness, maximizing her screen impact. McDonald, like Duncan-Brewster, does a whole lot with very little. Her final scenes in Respect opposite Jennifer Hudson represent the film’s emotional center, and reduced us to a blubbering mess. DeBose scores a plumb role in West Side Story, and manages to run with it, giving the movie a welcome dose of zest. That film’s true triumph, however, rests with 90-year-old Moreno who actually does steal the movie from her younger co-stars who get much more screen time. She can now say she’s the absolute best thing about two versions of the same movie, and deserves Oscar recognition. Again. 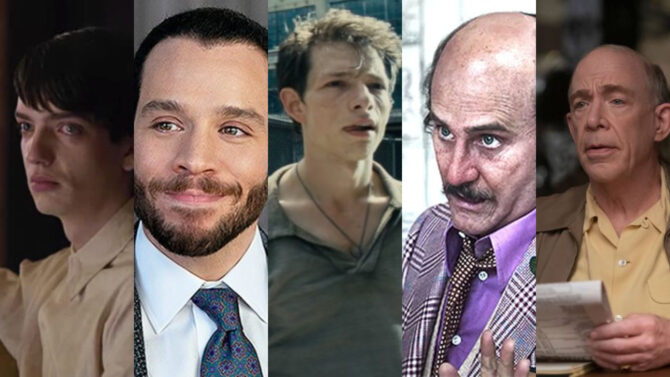 We begin here with Leto, whose over-the-top turn in House of Gucci has earned the ire of some critics who have labeled it a caricature. Those viewers miss the point: Leto gives a terrific performance as an absurd human being. He does just what the movie requires. By contrast, Smit-McPhee’s subdued work in Power of the Dog gives the movie a certain rhythm, and keeps viewers off-balance through much of the film’s runtime. He is what makes the movie’s final twist work. Faist and de Jesús, both singing and dancing in their roles, give all-in, emotional performances that contribute key power to their movies’ stories. As for Simmons, he looks and sounds so much like the real William Frawley, it’s uncanny. That he stands out against his two Oscar-winning co-stars testifies to his ability as an actor. 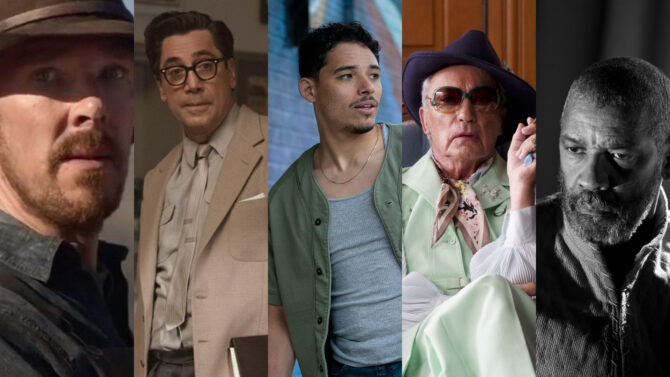 Few actors have received such heaped upon praise this year as Cumberbatch, who plays the year’s most creepy big-screen villain. Bardem rises to the awesome task of channeling Desi Arnaz despite looking nothing like him. His speech and movement, on the other hand, feel just like the real thing. Washington gives a top three-best of his career performance of his career in Macbeth–a real feat, given that’s he’s reciting Shakespeare and appearing in an expressionistic nightmare. Ramos should have been the year’s breakout star, given his thrilling, sexy turn leading In the Heights. The Academy could certainly signal audiences that the movie deserved more attention. That leaves us with Keir, a veteran actor who gives the performance of his life in Swan Song. Equal parts hilarious and tragic, we know he’s worthy of Oscar love, even if the Academy remains oblivious. 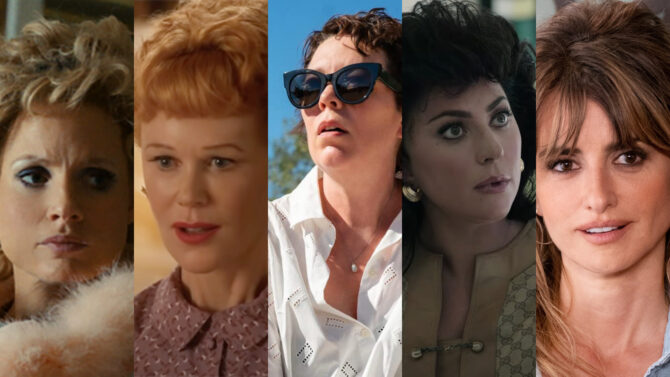 We have a feeling the Best Actress category could get very interesting this year, as depending on how the other nominations fall, any of the contenders could eke out a win. Chastain gave one of the year’s absolute best performances as Tammy Faye Bakker, though the movie’s mixed reception might hurt her chances. Kidman pulls off the near-impossible task of embodying Lucille Ball, and much like her co-stars Bardem and Simmons, gives an uncanny performance. Colman has built up a major cult thanks to stellar performances in recent years, and with a complicated character in The Lost Daughter, adds another jewel to her crown. Cruz does some of her best work in Parallel Mothers, and with very difficult material. As for Gaga, House of Gucci may have divided critics, though it’s impossible to deny that she carries the movie. Given the film’s complex narrative and the notes it requires her to play, her performance testifies to her immense growth as an actress. We have a feeling the Academy feels the same way. 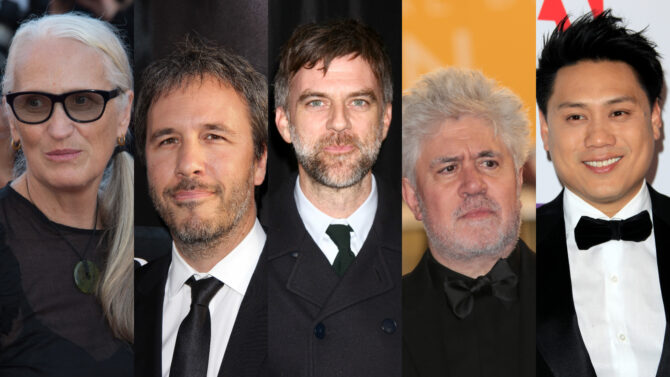 Villeneuve’s magnificent adaptation of an almost impossible novel earns him a spot here, as does Champion’s tightrope act conducting the genre-bending intrigue of The Power of the Dog. While Licorice Pizza, one of the year’s most fun movies, has generated some acting buzz, everyone knows the real star of the movie director Paul Thomas Anderson, whose blend of humor, nostalgia and memorable characters make the movie play like a symphony. Almodóvar has made better movies than Parallel Mothers, though much like Anderson, his directorial flourish almost outshines the luminous performances of his actors. That leaves In the Heights‘ Chu, who manages blends the realism with the musical tropes with seamless technique. In the Heights never feels stagey, claustrophobic, or like an overlong music video. Compare that with a few other musicals that came out last year, and you’ll see what we mean. 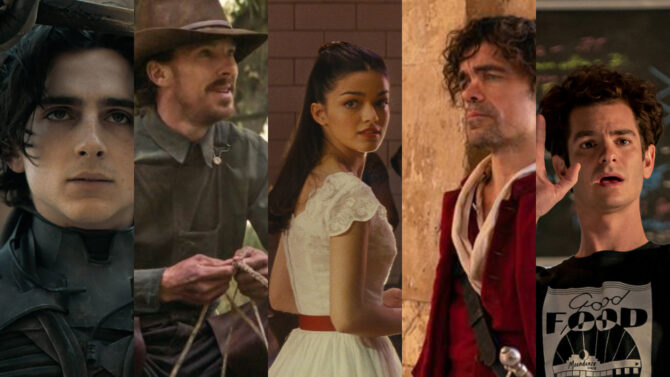 Until we saw Villeneuve’s Dune we never believed a movie could capture the sprawling richness of the original novel. If nothing else, the movie is a masterpiece of adaptation. The script to The Power of the Dog condenses the book’s subtle detail into equally subtle cinema–not an easy feat. Tony Kushner’s overhauled West Side Story brings a new level of realism and authenticity to an otherwise tired story, while tick…tick…BOOM actually improves on the original source material. Cyrano, one of the most overlooked films of the year, also takes a done-to-death story, applies a bonkers conceit (making the story a rock musical), and somehow manages to make it all seem new and natural. 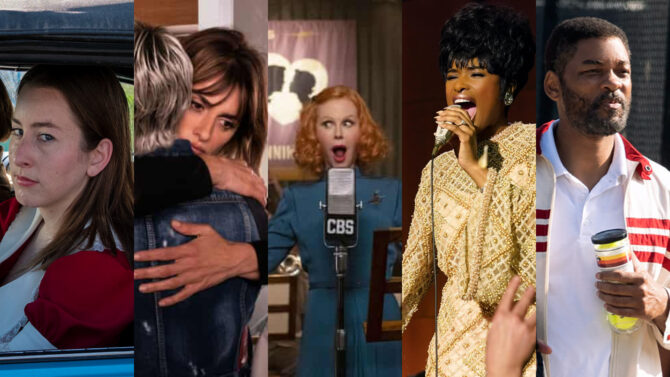 It wasn’t exactly the best year for original screenplays, but hey, at least these five tried. As we already mentioned, the real star of Licorice Pizza is writer/director Paul Thomas Anderson, and his script certainly deserves that credit. Ditto Parallel Mothers, an intriguing and refreshing original tale. Aaron Sorkin contributes one of his best scripts to Being the Ricardos, one that avoids many of his Sorkin-isms that can prove distracting. The screenplay to Respect makes the movie work when the direction doesn’t, propping the action up in a few key areas. That leaves a rather conventional approach to King Richard, though in terms of execution, it’s a damn fine one. 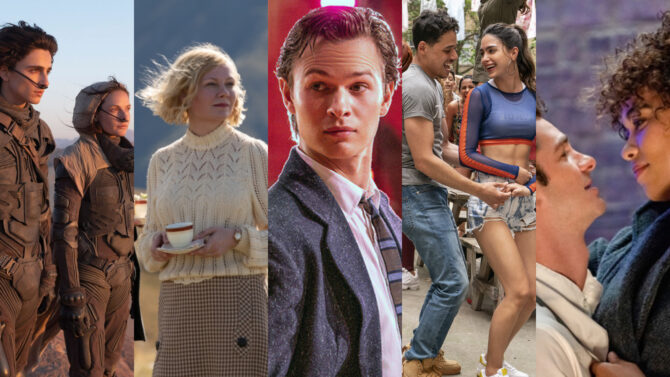 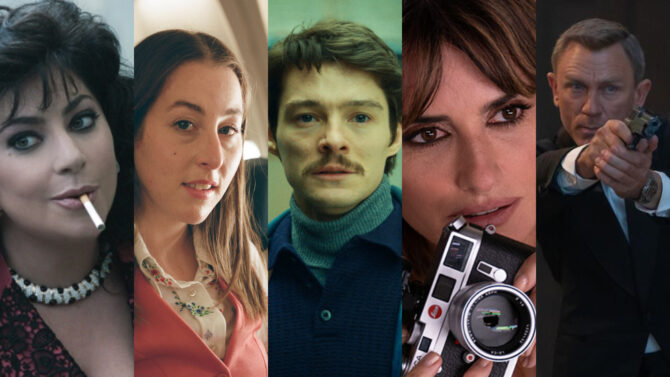 We’ve already sung the praises of most of the titles listed here, and with the Academy dolling out 10 spots for nominees this year, we feel pretty confident that we’ll see most of our picks in contention. That said, we’d like to take this opportunity to highlight two additions. Operation Hyacinth is easily one of the best films of the year: a terrifying, erotic, and suspenseful dramatization of queer purges in Poland during the 1980s. The performances, the visual style, the gritty tone all work together for a taut thriller with provocative stakes. No Time to Die, one of the first Hollywood blockbusters to get audiences back to theatres, also should remind viewers that a capable director, polished script, and committed actors can still tell a story that outshines its own special effects. With all respect to Spider-Man fans who are lobbying for No Way Home’s bubblegum pop, we prefer a movie for grown-ups.