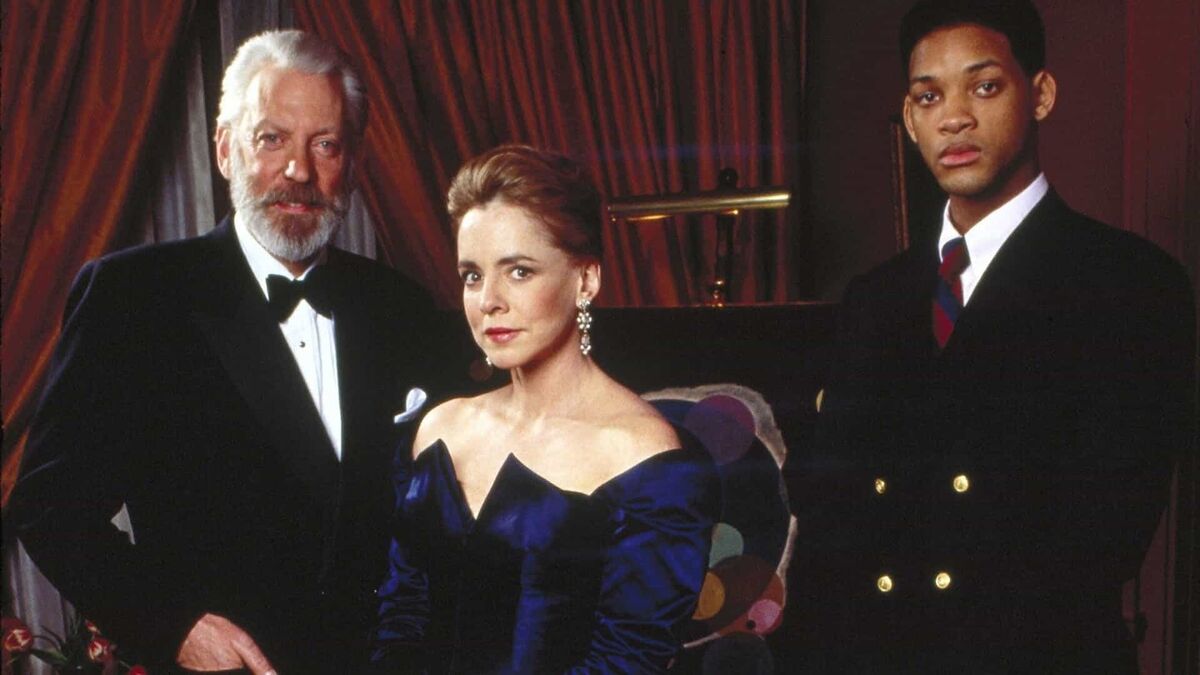 The Overlooked: Six Degrees of Separation

Long before Will Smith landed himself in the hot seat for his behavior on an Oscar telecast, and long before he reigned as one of the most bankable stars in the world, the man known as the Fresh Prince had to prove himself as an actor.

Six Degrees of Separation aimed to move Smith beyond his rapper and sitcom roots. Based on the play of the same name, the movie cast Smith as Paul, a New York City rentboy with a knack for navigating high society. One night, he arrives on the doorstep of socialites Flan and Ouisa Kittredge (Donald Sutherland and Stockard Channing) bleeding and crying for help. His appearance frightens the couple at first, but they welcome him to their home when he assures them he’s a friend of their kids. Flan and Ouisa find Paul’s manners and pedigree impressive, and quickly begin loaning him money and introducing him to friends. Then he vanishes, leaving the Kitteredges to track his trail.

And yes, the movie is also inspired by a true story.

We don’t want to give away too much here, other than to say that Six Degrees of Separation offers a mediation on how lives intersect, connect and influence one another in unexpected ways. Much of the film involves Ouisa’s attempts to discover Paul’s true origins and how he managed to survive so long, and Stockard Channing throws herself into the role with all her charisma. No wonder she snagged an Oscar nomination for her work.

The rest of the cast–which also includes Ian McKellen, Anthony Michael Hall, and Anthony Rapp–delivers fine work as well. As for Mr. Smith, he has the screen presence to carry the role, though never seems comfortable. In the years since Six Degrees, the actor has spoken about his reluctance to perform the gay love scenes for fear of them damaging his career. (Smith and his male consorts never even kiss.) After all, the movie came out in 1993, the same year Philadelphia made a plea to middle America for empathy for the LGBTQ community with AIDS. Homophobia ran deep at the time, and actors perceived within the industry as queer could end up blackballed by the industry.

Even with Smith’s awkwardness, we still find a lot to love about Six Degrees of Separation, starting with Stockard Channing’s performance. It also includes rich dialogue from writer John Guare, who penned both the script and the original play. Flawed but still engrossing, we recommend the movie for its strengths and its historical context. If nothing else, it proves just how much Will Smith has grown as an actor.