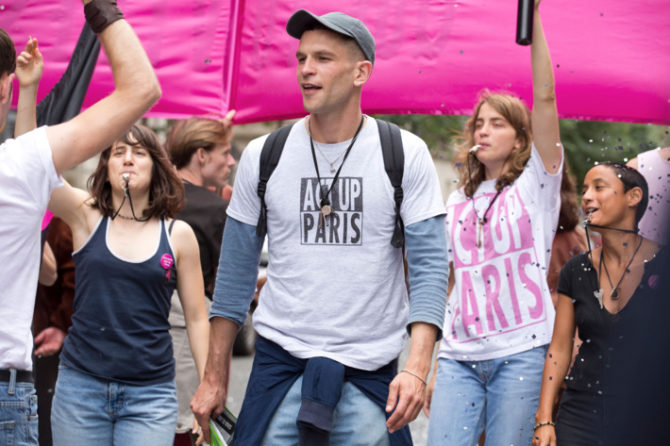 The picture tells the story of HIV/AIDS activists working through ACT UP in the 1990s. It’s a powerful, visceral and vital film, and it deserves every accolade immaginable.

It previously won the Grand Prix at the 2017 Cannes Film Festival, earning overwhelming acclaim from audiences and critics at the festival.

Related: Get an exclusive look at “BPM”, a new film about the Paris ACT UP movement of the ’90s

France selcted the film as their entry into the Foreign Language category at the Acadamy Awards, and it was a big surprise when it wasn’t nominated.

With eyes on the Oscars this Sunday, we hope BPM’s big wins at the César Awards will translate into a wider audience around the world.

Yes it is that good!

At the César Awards, many dresses and lapels featured white ribbons to show support of France’s version of #TimesUp, #MaintenantOnAgit (Now We Act). Penelope Cruz, who was there to accept an honorary award, was one of the more high-profile atendees with a white ribbon.