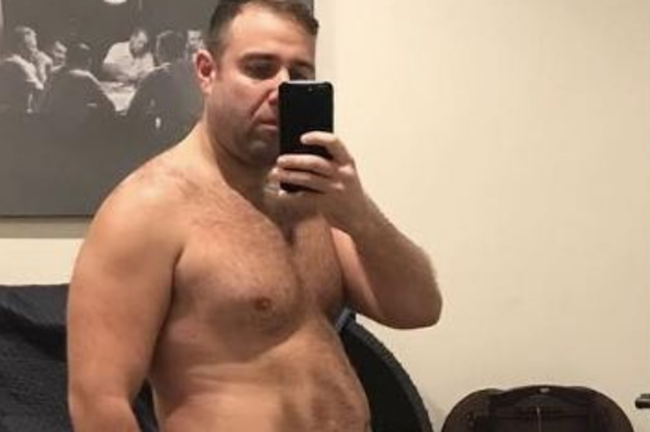 We all have our vices — and some of us have all the vices. Gambling is certainly one of the most pernicious of the black arts; a pastime that can turn your whole life inside out like a tube sock after just one night of bad luck.

Walter Fisher knows this better than most. The 36-year-old professional poker player had been going through an imperial phase, winning hand after hand, alchemically turning $2,000 into $97,000 on the regular — to the point that he was getting rather blasé about it.

But inevitably, the lever was pulled, the trapdoor dropped, and gravity won out: There he was, $100,000 in debt, his life of vice landing him at 245 pounds — 50 pounds heavier than before his “winning streak.”

This was the bottom — or was it?

Fisher was “broke, big, and isolated,” he tells the New York Post. “People dream of what I had accomplished, and I lost control.”

That’s when one of his gambler friends made an outrageously cinematic proposition: He was bet $500,000 that he couldn’t lose all the excess weight and cut his body fat to 10% in six months. (Um, who the hell are these people?) 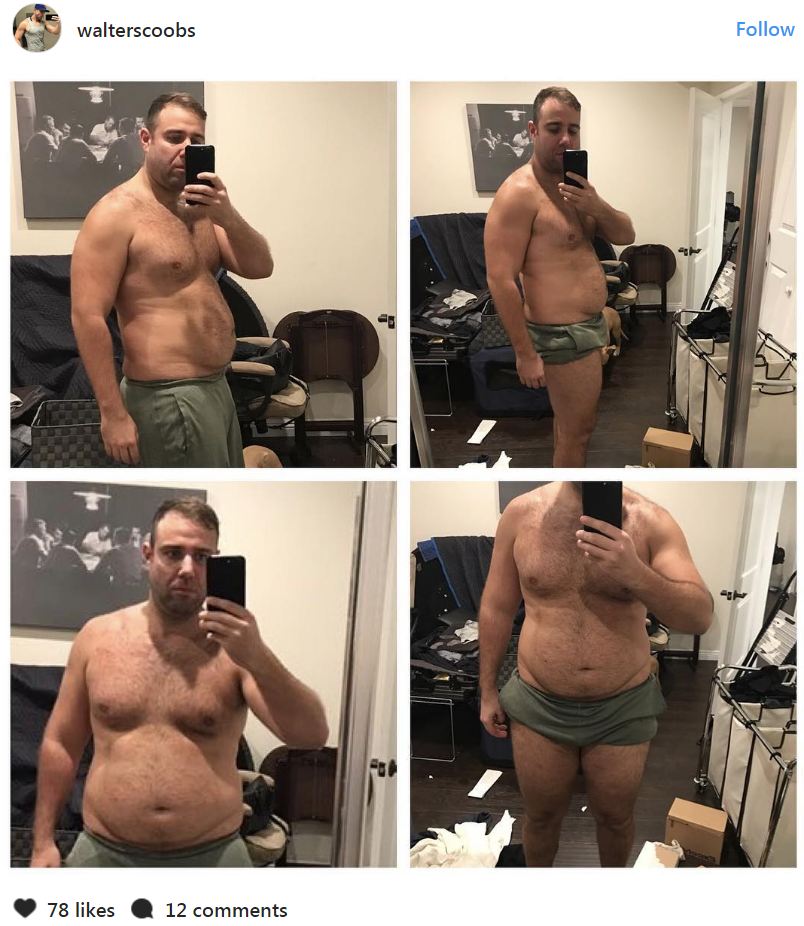 And so the training regime began. Here’s how Fisher describes it:

“We started with 30 minutes of high-intensity interval training and an hour of weights, seven days per week. Then we went to 45-minutes of cardio and two hours of high-intensity interval training, plus weights. I ate oatmeal and egg whites for breakfast. I soon put in ten hours a day, with five hours of cardio. I drank amino acids and glutamine to keep my muscles from breaking down.” 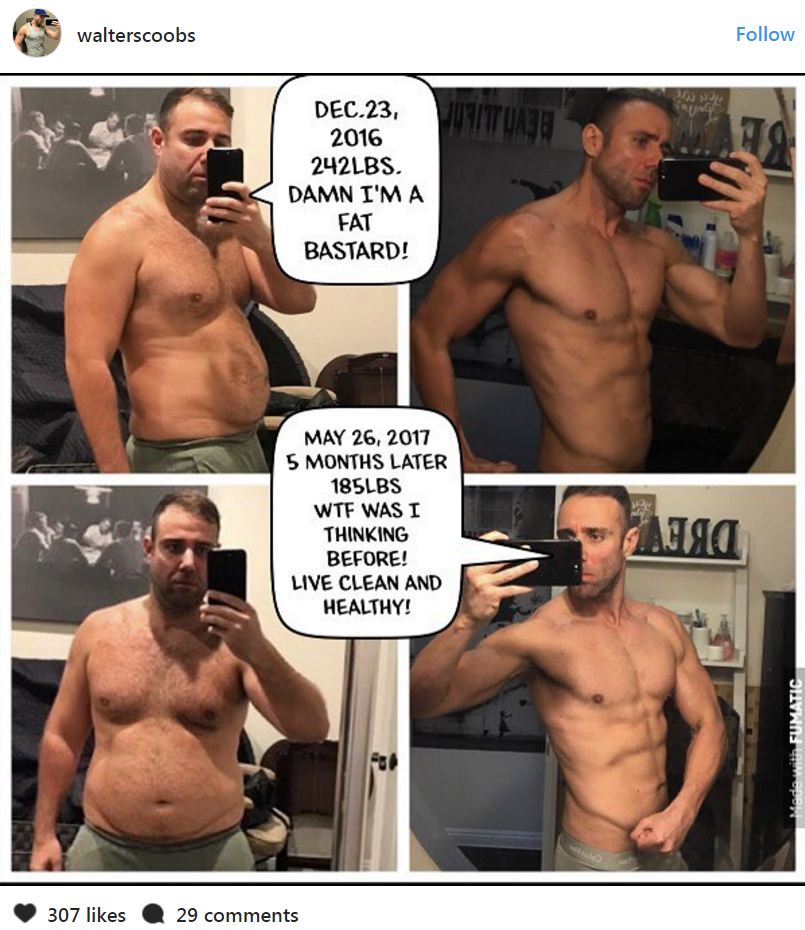 According to his personal trainer, Chris DiVecchio:

“I had him swinging with a weighted hammer; that pushed his heart rate up while working his core. There was boxing, workouts with a medicine ball, cycling, rowing, weights.”

The results were beyond dramatic. After only three months, he’d cut 20% in body fat, and that’s when a sports medicine expert named Phil Goglia entered the fray to make sure Fisher’s diet was geared towards burning fat, not muscle. 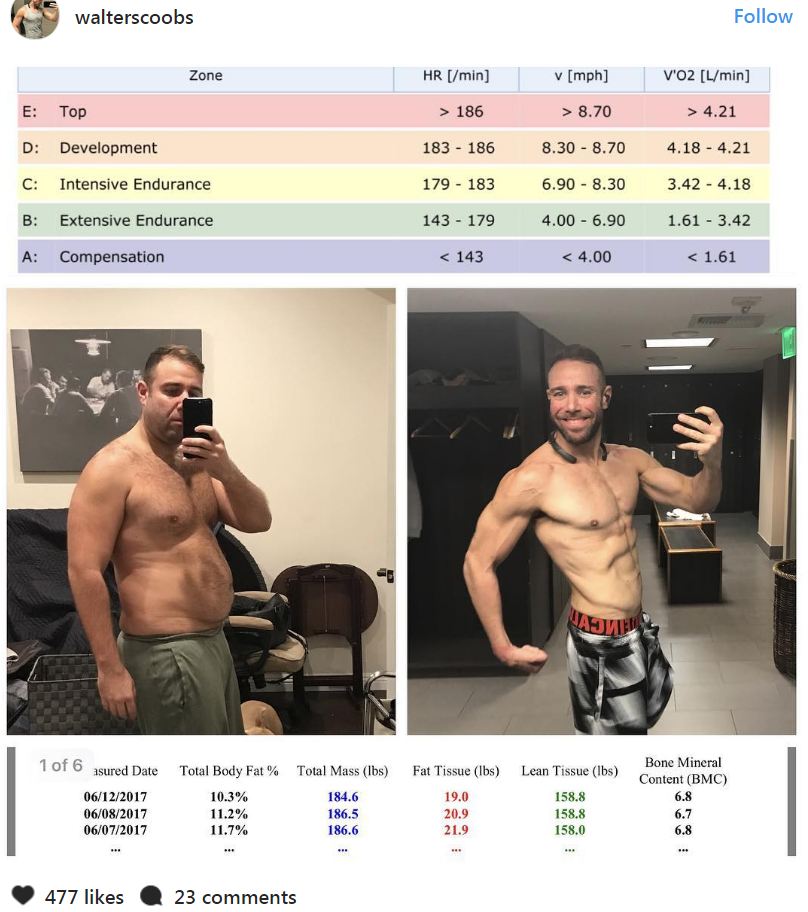 Hard work. Dieting. Sweat by the gallon. Eventually, it all paid off in spades and the results were in: His body fat was at 8.8%. He weighed 155 pounds. And he felt like his life was really, truly entering its imperial phase this time after so many false alarms and reversals of fortune.

That’s often how these things go down, see. 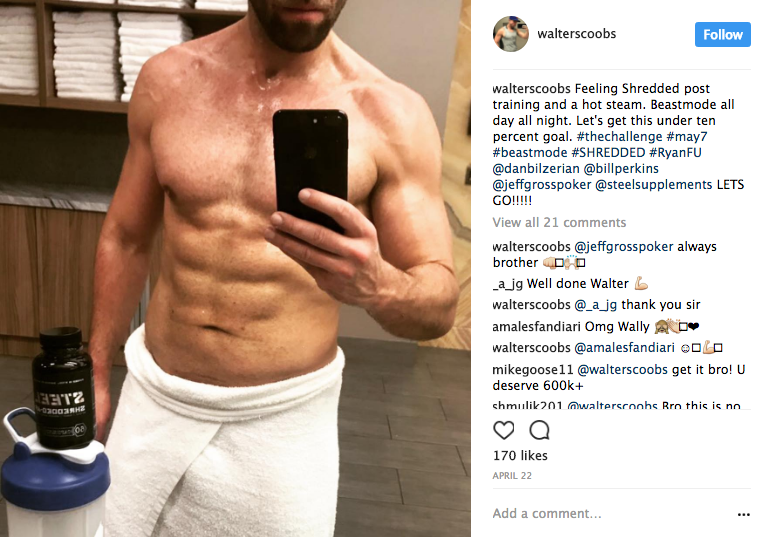 Even with such an outrageous amount of money to inspire results, Fisher doesn’t think many people would’ve endured the painful workout and diet regimen. Meanwhile, he’s feeling pretty damn invincible.