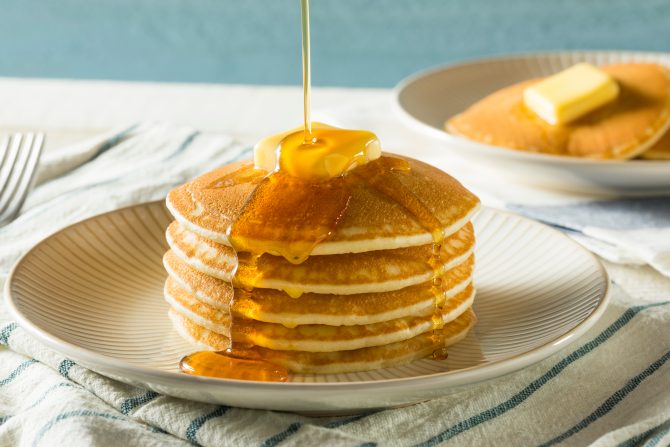 If your response to the “top or bottom” question would be “N/A,” this one’s for you: A Reddit user in the r/gay subreddit recently shared a mantra for vers guys around the world.

“A pancake ain’t done ’til it’s been flipped on both sides,” the post reads.

Related: Flip it and reverse it: The joys of being versatile in bed

Some hardline tops and bottoms objected to the post. “I’ve done both, and I only like one side,” one wrote. “Sorry.”

Another quipped: “Well, I’m not a pancake, I’m a pizza, and you don’t flip a pizza.”

But others heartily concurred with the post. “As someone famous once said, ‘Do unto others as you would have them do unto you,’” one Reddit user wrote.

Related: How vers guys ‘scratch the itch’ when dating strict tops or bottoms

Meanwhile, another commenter pointed out the analogy isn’t entirely apt, since you shouldn’t flip pancakes as often as you might flip in bed. “OK, but seriously, folks who complain their pancakes are tough, only flip them once and don’t flip them too early!” the commenter wrote.