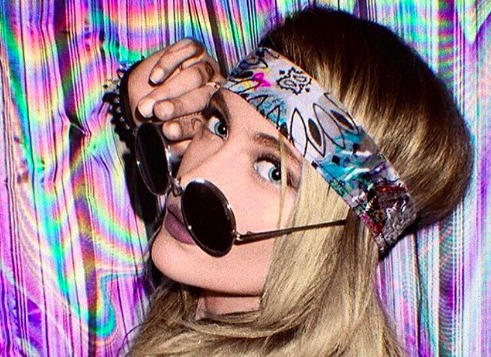 Paris Jackson, the only daughter of pop legend Michael Jackson, opened up about her sexuality with her 3.2 Instagram followers over the weekend.

During a Q&A on session with fans, the 20-year-old actress/model was asked “Are you bi?”

Using a new “Questions Sticker” the platform introduced last week, Jackson replied: “that’s what you guys call it so i guess but who needs labels”. 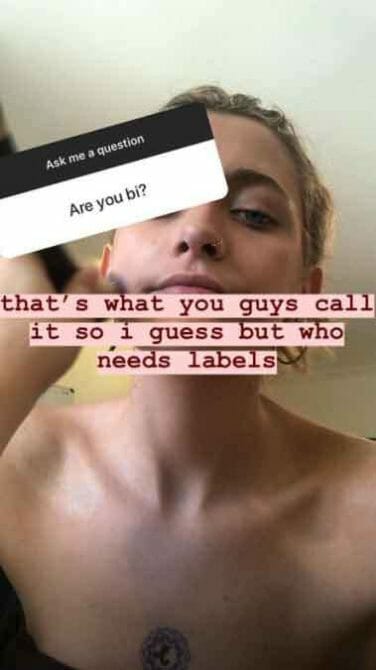 Rumors about Jackson’s sexuality have been swirling since last year when she was spotted several times with 25-year-old model/actress Cara Delavingne.

However, when asked if she and Delevingne were an, Jackson shot back: “None of your goddamn business.”

After news spread that Jackson was bi, she took to Twitter to say it’s really not that big a deal, guys. She’s actually been out for years.

EVERYONE HAS KNOWN FOR YEARS I CAME OUT WHEN I WAS 14 WTF https://t.co/YSkD0iwHmj

like how many pictures are there with me kissing females?????? jesus i can count pics of at least 4 different girls that were leaked in the past 6 years. WHY IS THIS A THING

how many times have i publicly referred to the community as “my fellow LGBTQ+”? like even on stage. i’ve been apart of the community for years. i even mentioned having crushes on girls when i was 8 in a magazine before. i’ve been caught kissing girls in public. this is not news… https://t.co/u9TLxE2c2x 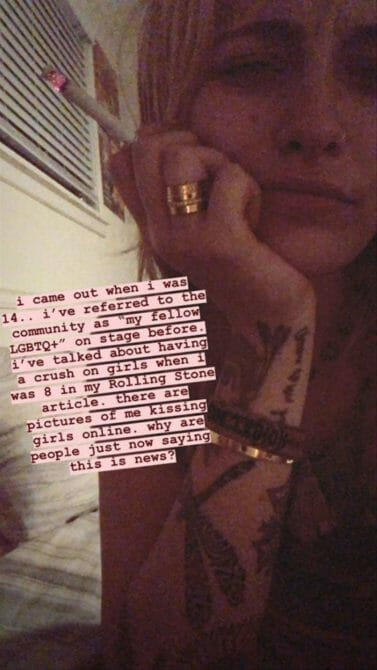 “And I’m not ‘bisexual,’” she added. “I just love people for people. I don’t label myself, so please don’t label me.”

Related: Janet Jackson on how the gay community inspired one of her biggest hits