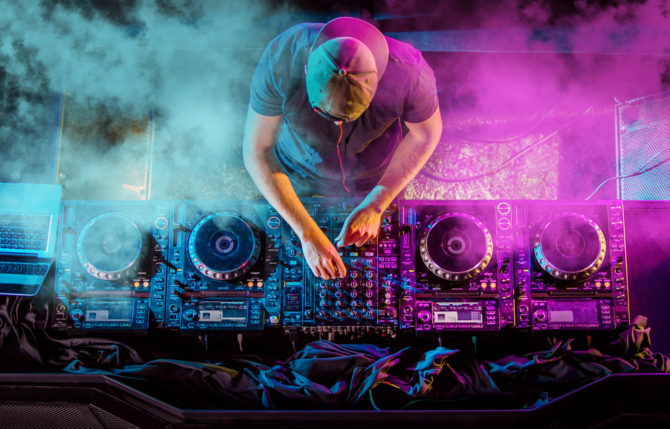 Whether you’re a nonstop club kid or your Saturday nights are spent in a nice knitted kaftan binge watching Netflix, there’s one simple rule of thumb that everyone should be able to agree on regarding nightlife:

If a DJ literally goes by “DJ Underground,” you can almost certainly do better.

One Edinburgh, Scottland promoter learned that the hard way, and now they’ve put the entire story — complete with receipts — of an attempt to book “DJ Jeremy Underground” up on Facebook.

“It is with regret that we have decided to cancel the performance of Jeremy Underground at this Friday’s Abstrakt launch party,” the post begins.

The drama between the promoters and Jeremy Underground’s agent stemmed from, of all things, hotel rooms.

“After booking the artist a night in an expensive 4 star hotel, we were told that he did not approve and (despite the contract simply asking for 1 room in a ‘4 star or 5 star standard hotel’) that the artist required a ‘5 star hotel with a sauna and gym,'” the post explains.

The promoters made a tough call, swallowed their pride, and agreed to the diva demand, booking an entire new room (complete with hotel sauna and gym) for their visiting talent.

But it wasn’t enough to stop the madness.

Trying to reason with the agent/artist was ultimately futile.

“After pleading with the agent that we already stood to lose thousands of pounds on this event (aside from the £1,551 on wasted hotel rooms) and were promoting it for a love of music, the scene and admiration for the artist, we were again told that the artist really needed to stay in the Sheraton Grand as ‘this will in turn provide the best possible performance.'”

The promoters made an even tougher call, and decided to cancel on the DJ and cut their losses before it got even more ridiculous.

Here’s the email they sent:

“We’ve agreed that this is simply not worthwhile and that it’s best we just cut our losses.

I find this so disappointing. It’s against everything the underground scene / house music is meant to stand for and is exactly the type of behaviour that is making so many promoters stop promoting parties – especially in small cities like Edinburgh where we do it because of our passion for the music and not to make money. Agents / artists acting like this will eventually be the downfall of the scene.

We simply don’t want to work with someone like this.

For these reasons, we’re going to cancel the booking.”

After sending the above message, “the agent responded by saying that Jeremy was now ready to ‘pay for the (new) hotel out of his own pocket.'”

The promoters had already arranged a Plan B lineup, and more importantly were over having to deal with this absurd behavior. Wouldn’t you be?!

“We are simply not prepared to work with this agency/artist (who’s stage name is ‘Underground’!) and would rather lose money and let people know the truth of a situation that is all too common in the modern scene.”

And that’s when things got even weirder.

Immediately after they said they were sticking with their decision to part ways, they received threatening emails and messages from the unhinged “agent”: 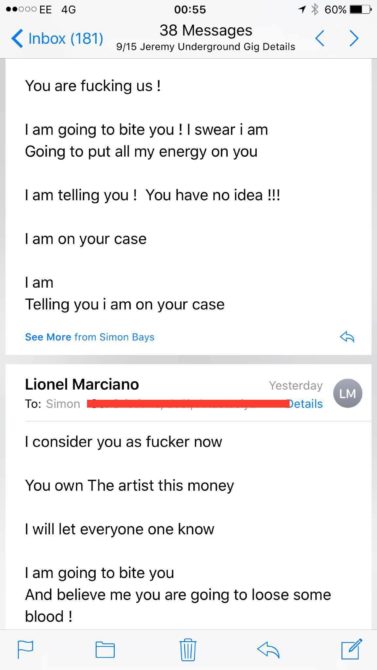 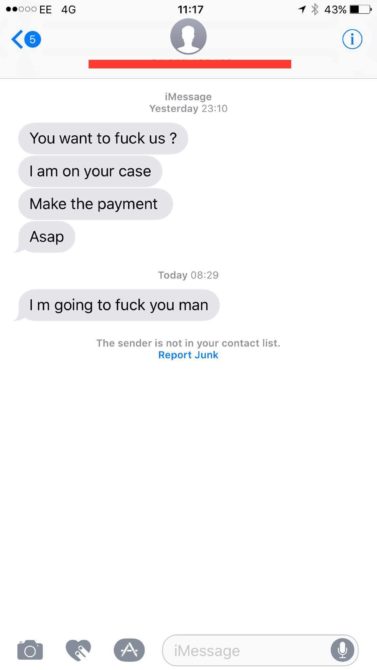 Let this be a lesson to everyone, regardless of vocation — don’t be an asshole!

As the promoters point out in their viral post, however, there is one silver lining:

Posted by Abstrakt on Wednesday, September 13, 2017