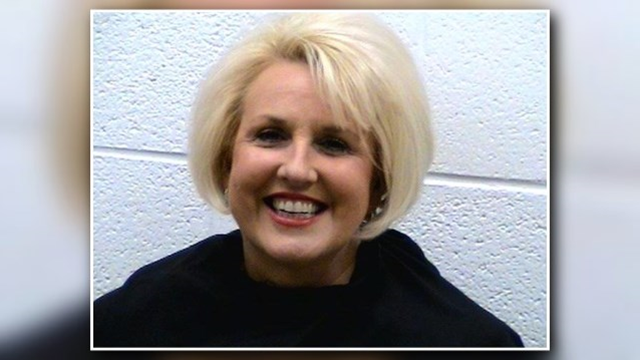 Matthew Fenner says was leaving a typical Sunday prayer service at the Word of Faith Fellowship in Spindale, NC when a swarm of fellow church members circled around him.

More than 20 people surrounded him, including the church leader, and proceeded to punch, beat and knock him to the ground for nearly two hours. At one point, someone grabbed him by the throat and shook him, a police report states.

The attack happened in January 2013 and, Fenner says, was a calculated effort by church members “to break me free of the homosexual demons they so viciously despise.”

Now, the church leader who orchestrated the attack, 58-year-old Brooke Covington, is on trial. She, along with five others, is accused of kidnapping and assault. If convicted, she faces up to two years behind bars.

Fenner testified that he thought he was “going to die” as we was being choked by one church member while Covington screamed, “God said there is something wrong in your life!”

“I’m frail and in my mind, I’m thinking, ‘Is my neck going to break, am I going to die?’” Fenner, who, to make matters even more stressful, was recovering from a biopsy at the time of the attack, said.

According to an AP report from February, members of the Word of Faith church have a reputation for this kind of behavior. Since Fenner came forwards, more reports of congregants brutalizing people “in a violent form of deliverance meant to ‘purify’ sinners by beating out devils”  have come to light.

The church also has some strict and downright bizarre rules for members. For instance, church leaders decide which congregants can marry or have children, and members are forbidden from watching television, going to movies, reading newspapers, or eating in restaurants that play music or serve alcohol.

Covington’s lawyer, David Teddy, told the court his client is innocent because Fenner never explicitly asked her to stop beating him.

Fenner says the reason he didn’t ask them to stop was because he feared doing so would only encourage them to beat him harder. Not to mention, he was being choked, which made screaming for help a little, well, difficult.

“I couldn’t breathe,” Fenner said. “I’m sitting here thinking if I don’t get out of this, I’m probably going to die.”

But Word of Faith maintains its innocence, insisting: “We are adamant that no one ever physically harmed Mr. Fenner. The church does NOT target members who are gay.”