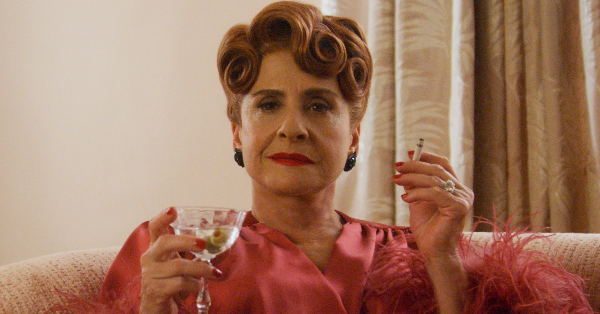 Fans of Broadway let out a collective gasp this weekend as one of the Great White Way’s leading ladies announced she tested positive for COVID-19 and would have to bow out of scheduled performances.

Two-time Tony winner Patti LuPone announced she will sit out scheduled performances of the Broadway revival of Company following a diagnosis of COVID.

Variety reports that the 72-year-old began experiencing symptoms over the weekend and tested positive on Sunday.

She will have to miss performances of the show, in which she plays the caustic alcoholic Joanne, until March 8.“She is home resting, and everyone wishes her a speedy recovery,” a spokesperson for Company said in a statement.

This isn’t the first time LuPone and the revival of Company have hit a COVID-related snag.

The show originally ran in London in early 2020, where LuPone picked up an Olivier Award (the UK version of a Tony) for her performance. The show had scheduled an immediate transfer to New York, but experienced repeated postponements due to the pandemic.

LuPone is widely considered one of Broadway’s reigning divas, having trained at Julliard before moving on to a successful stage career. She created the title role of Evita on Broadway back in 1981 and picked up her first Tony for her performance.

Subsequent roles in Sweeney Todd, Annie Get Your Gun, Master Class and Passion brought further acclaim. In 2008, she scored her second Tony for playing the role of Mama Rose in Gypsy.

For anyone unfamiliar with LuPone’s work, we offer up this sample of her stage power…