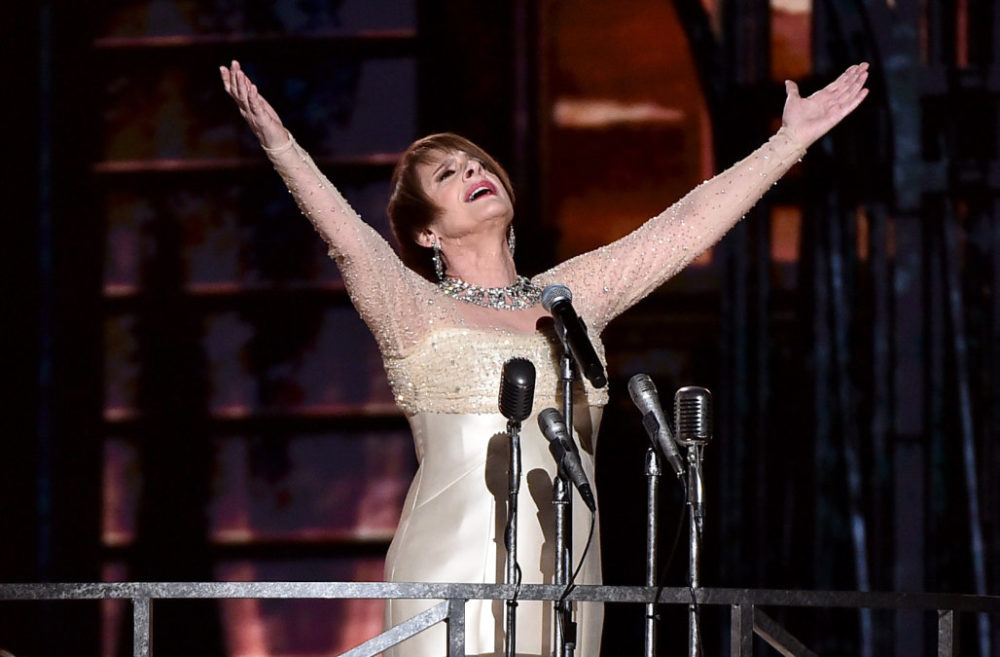 Related: Patti LuPone offers the BEST reason yet for refusing to perform for Donald Trump

LuPone took everyone to queer church by reprising her iconic Tony-winning role in Evita, singing “Don’t Cry for Me Argentina.” And the crowd went wild.

Here’s what folks have been saying…

if gay twitter can come together to celebrate Patti LuPone and Bernadette Peters in the same week without fighting about Gypsy, there is nothing the human race can't accomplish

Nothing is more real than Patti LuPone singing “Nothing impressed me at all.”

My Baba. Had the NERVE. Had the GALL to go onto Facebook dot com and say right on my wall. MY wall. That Madonna sang "Don't Cry For Me Argentina" better than Patti LuPone.

If #OriginalKey doesn’t trend after Patti LuPone nails Don’t Cry For Me, Argentina at the #Grammys, Twitter is dead to me.

Next Patti LuPone will sing an eight-octave version of “Take a Bow” and vogue for 45 straight minutes.

Who are these folks that are on my timeline saying Madonna sings "Don't Cry For Me, Argentina" better than Patti Lupone. Did you not see how Patti commanded the stage and had the crowd mesmerized? #GRAMMYs Pattie originated the role on BROADWAY. #EducateYourself