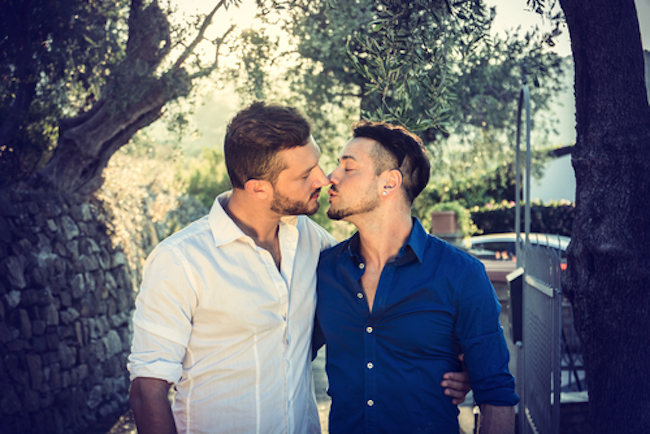 A lot of gay people are wary of showing public displays of affection, whether worried about being judged negatively or even inviting some homophobic stranger to erupt in violence.

As a Tweet currently making the rounds points out, maybe those stares aren’t seething with blind hatred. Maybe that’s envy in those eyes. Maybe those eyes want some of what you’re serving up, eh?

“[To] any gay couple holding hands in public who caught me staring at you, I’m gay and jealous, not homophobic.”

any gay couple holding hands in public who caught me staring at you: i'm gay and jealous not homophobic

Related: The viral tweet about gay culture that has everyone talking

One woman tweeted in agreement: “I try not to stare but I’m so proud.”

i try not to stare but i'm so proud. pic.twitter.com/hnh7xTZ1YE

Same here but my problem is I look like the demographic that is homophobic ?.

People are continuing to go bonkers over the tweet:

A warm smile makes a big difference in how that look is perceived. 🙂

Thank you for reminding everyone that being LGBT has no age limit. I hope the wrongdoings of others don't make people misjudge you.

I need this on a shirt. I stare because I love it and it makes me feel warm and fuzzy to see. I hope I never scared anyone