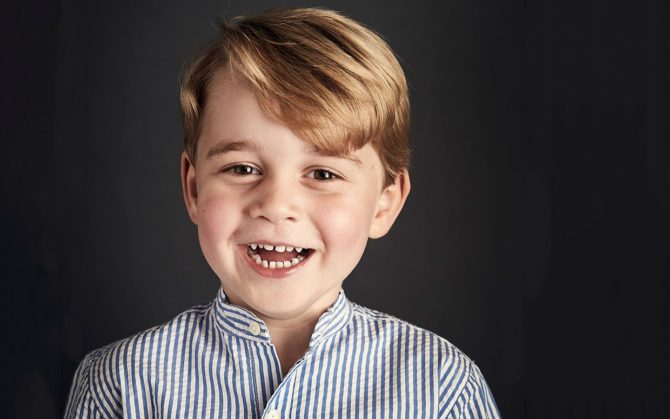 His Royal Highness Prince George of Cambridge was trending over the weekend after an adorable photo of the young royal standing on a helicopter went viral.

In the photo, Prince George, who turned four last week, is dressed in a chic red checkered shirt and navy shorts with a slight bend in his knees and his hands on his face. It is perhaps one of the cutest things we’ve ever seen.

But leave it to some internet trolls to ruin it. Shortly after the picture went viral, people began speculating about the child’s sexuality, even cracking jokes about it:

Prince George is definitely going to be gay ??

i'm so happy prince george is a fag

Prince George is already a bigger gay icon to me than Boy George. pic.twitter.com/i1FM0jh4Vv

I hope Prince George turns out to be gay

Guys what if Prince George is gay and it causes a constitutional crisis? pic.twitter.com/vlb6q4QqKC

Many were to quick to point out that it’s really not appropriate to joke about the potential sexuality of an innocent 4-year-old:

These tweets about Prince George being gay is sickening.
He's four years old you nonces.

#PrinceGeorge Is a Preschooler, Not Anyone’s “Gay Icon” or Receptacle for Your Gender Norms https://t.co/lii1V8le6B #LGBTQA pic.twitter.com/NtH8dmAcNx

V v uncomfortable with all the people sharing that photo of Prince George and calling him gay. You're sexualising a four year old…?

not to get discoursey on this fine evening but this thing of making gay jokes abt prince george cos hes limp wristed in a pic is a bit ?

Others didn’t seem to get what all the fuss was about:

it's not really homophobic if i think being gay & camp is positive. i like this photo because i see my young self in it

What do you think? Did people go too far by joking about Prince George’s potential sexuality? Is it ever OK to speculate about a child’s potential sexual orientation? Why or why not? Sound off in the comments below…