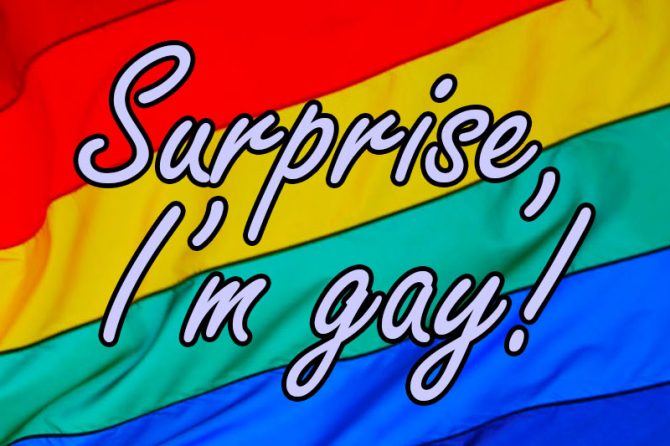 Some people know they are gay at a very young age. Others, don’t come out until much later in life. Everyone is on their own journey and has their own timeline. It’s part of what makes us unique.

So without any further ado…

I knew I was gay when I always wanted to be the pink power ranger.. ?

the moment i knew i was gay was when i watched the buffy episode where angel comes back from hell in the nude pic.twitter.com/bgoMYkRPZb

When I was younger, I used to look at popcorn ceilings in homes and gag out of disgust, and that’s how I knew I was an interior design gay

Constantly picking the sassy queen in red is how I knew I was gay pic.twitter.com/Q6lg0W6OGj

I knew I was gay when I chose a bunk bed over a single bed so I could sleep on the BOTTOM bunk.

Seeing Harrison ford in Raiders of the Lost Ark was when I knew I was gay and I’m not at all ashamed to admit that https://t.co/oSGXMafN4k

This. THIS was the definitive moment when I knew I was a gay male. https://t.co/TD7NYCu0bY

i knew i was gay when i ‘jokingly’ asked my straight friend if i could suck his dick and he said sure https://t.co/7KL4zmzjBP

I knew I was gay when I was 5 and Chris Evans came out in nothing but whip cream, cherries, and a banana in Not Another Teen Movie

this was the opposite, I saw this when I was 5 and was like “I am at least a LITTLE bit straight” pic.twitter.com/CLGxOcwQGQ

— Tres Dean wrote a book about The Rock preorder it (@treswritesstuff) August 8, 2019

I knew I was gay when I was 13 (sorry ex girlfriends I’ve ever had. I knew then and that’s why it never worked)

mum asking me when and how i knew i was gaypic.twitter.com/ohUi7lQWxl

other than being attracted to guys, i knew i was gay when i could get anywhere faster than google maps estimated. ?

i knew i was gay when i stole a lipsmacker from walmart @ age 6 https://t.co/W8DsXokWrX